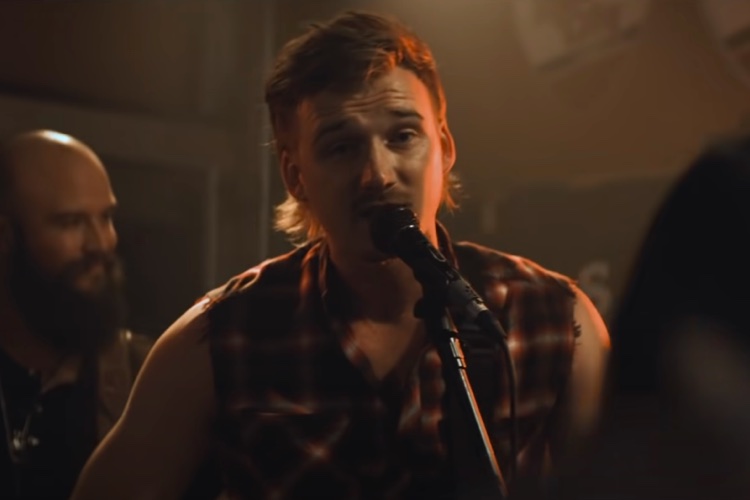 Despite being partially banned by Spotify, Morgan Wallen is racking up some serious streaming numbers on the platform.

Morgan Wallen has been missing from nearly every radio station in America for more than a month. But it now looks like Wallen fans are merely shifting to platforms like Spotify and putting the artist on repeat. According to details shared with Digital Music News this evening, Wallen’s “Whiskey Glasses” — released in July of 2018 — has just crossed 300 million total streams on Spotify, a massive number propelled by a February surge.

That’s easily Wallen’s most-streamed track, though multiple hits from his recently-released Dangerous: The Double Album are also rising. That includes “7 Summers,” which crossed the 100 million-mark this week (at the time of this article’s publication, the song has more than 105 million total streams). “7 Summers” has also spent more than 200 days on Spotify’s US singles chart (the song was released in August of last year ahead of the full album release).

Also exploding is Wallen’s collaboration with Diplo, “Heartless.” That track now boasts nearly 215 million streams, thanks partly to expanded EDM and pop audience roped in by Diplo. In total, Wallen has easily crossed more than 1 billion total streams on Spotify, a threshold rarely achieved on the platform.

Other songs are also performing solidly, with fans putting Dangerous in heavy rotation. In total, Wallen currently has ten separate tracks charting in Spotify’s US top 200, led by “Wasted on You,” “Sand In My Boots,” and Somebody’s Problem,” each of which is grabbing more than 300,000 plays a day on the platform.

Those numbers appear to be forcing Spotify’s hand.

In early February, Spotify removed Wallen from its curated playlists after the singer was filmed uttering the n-word after a night of partying. But the streaming giant is slowly letting Wallen back in, potentially in a bid to keep Wallen fans on its platform. Late last month, Wallen suddenly reappeared on Spotify’s Country Coffeehouse, which draws more than 600,000 followers. Soon thereafter, Diplo’s trap-infused “Heartless” appeared on Country Favourites, which counts nearly 200,000 followers.

Now, the question is whether Spotify reinstates Wallen to its marquee country playlist, Hot Country, which has more than 6.2 million followers.

Elsewhere, fans are also snapping up physical copies of Dangerous, including vinyl LPs. Last week, Walmart completely sold out of the double-vinyl LPs, with each retailing for $34. Separately, an ultra-deluxe version of the album priced at $119 also quickly sold out.

None of that is welcomed news for major radio conglomerates like iHeartRadio, Entercom Media, and Cumulus Radio, a group that collectively banned Wallen on its stations in early February. Since that happened, just one station — the relatively independent 96.7 Merle FM in Knoxville — has reinstated the country singer. The reinstatement happened after Merle polled its listeners and found that 92% wanted Wallen placed back into rotation.