Maroon 5’s Adam Levine: “I Feel Like There Aren’t Any Bands Anymore… They’re a Dying Breed” 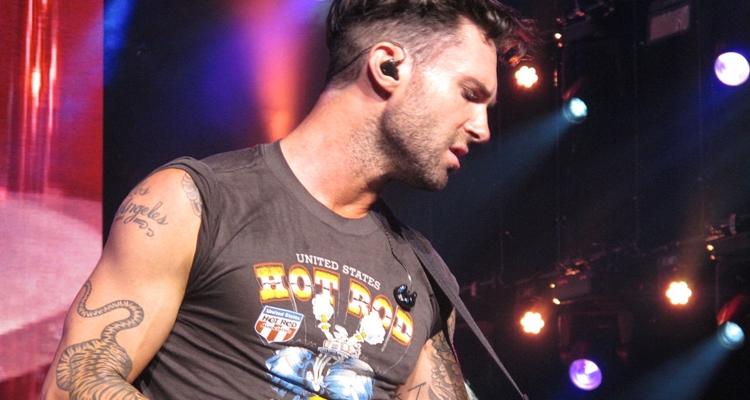 Maroon 5’s frontman Adam Levine is mourning bands as a dying breed, but not everyone agrees.

“I feel like there aren’t any bands anymore, you know?” Levine told Zane Lowe. “That’s the thing that makes me kind of sad, is that there were just bands.” Levine is reminiscing about the music scene from the early 2000s. “There’s no bands anymore, and I feel like they’re a dying breed.”

Adam Levine eventually concedes that there are a few bands. “And maybe they’re not in the limelight quite as much, or in the pop limelight, but I wish there could be more of those around.”

That the last distinction of being in the pop limelight is the important one. Just looking at the metal scene exclusively, there are plenty of bands. But Hayley Williams of Paramore took umbrage with Levine’s statements in that interview.

“Adam Levine thinks Para more broke up :(,” the singer tweeted. Williams has released two solo albums in the last two years, but she says Paramore is still going strong. In response to a fan’s message on New Year’s Day about breaking up, she responded, “lol, y’all been worried about that too long. ain’t happening.”

Garbage had something to say about Levine assuming Maroon 5 is the only pop band left on the block. “What are we Adam Levine? CATS?!?!?!?” the official account tweeted. Garbage has been around since the ’90s, but their most recent album, Strange Little Birds, was released in 2016.

“Do y’all think Adam Levine even knows the name of his other band members?” another asks? “I’m convinced Maroon 5 is just a front for Adam Levine’s marketing and contract obligations,” another fan jokes. “Does Adam Levine only listen to his own music?” cracks another.

Maroon 5’s last album dropped in 2017 and since then, the band has been working on remixes. The group also headlined the Super Bowl Halftime Show in 2019 amid considerable controversy.

So when is the next Maroon 5 album going to drop? Levine wouldn’t say, but he did tease that it’s “not far off.”