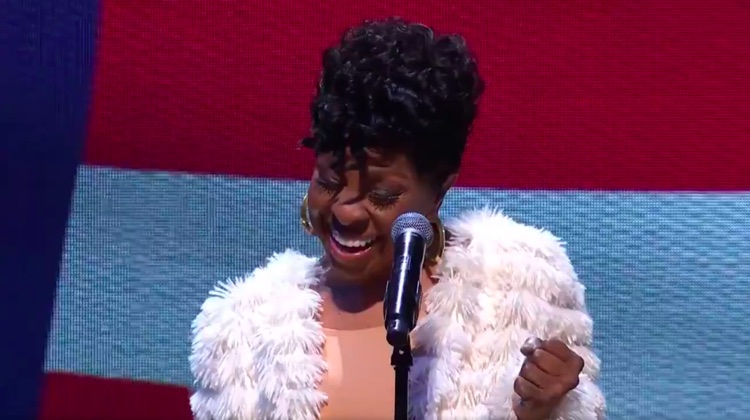 Earlier this year, the Dallas Mavericks canceled the National Anthem at their home games. Now, it looks like the NBA is putting the ‘Star-Spangled Banner’ front-and-center — with none other than Glady Knight doing the honors at one of the league’s biggest games.

The U.S. National Anthem — aka ‘The Star-Spangled Banner’ — has been quite the controversial song of late, especially within major sports leagues like the NBA. Throughout the 2020 and 2021 seasons, most NBA players and coaching personnel have kneeled during its performance, and the Dallas Mavericks took the unusual step of cancelling the Anthem entirely at its home games.

NBA higher-ups ordered the Mavericks to reinstate the Anthem immediately — while reminding all of its franchises that the Star-Spangled banner remains mandatory before games. That top-down directive seemed like a precursor to a serious disagreement between players and owners, though you wouldn’t suspect that during Sunday night’s NBA All-Star Game.

That’s where Gladys Knight stirred the audience at State Farm Arena in Atlanta, Georgia, with a stunning rendition of the National Anthem. Adorned by American flags and a single organist, Knight offered a soulful, heartfelt version of the Anthem that obviously resonated with players. Instead of their customary kneels — or even pre-game warm-ups during the Anthem — the NBA’s all-star elite all stood for this rendition.

Seven-time GRAMMY Award winner @MsGladysKnight, who graduated from @ShawUniversity, one of the oldest HBCUs in the nation, performs the U.S. national anthem at NBA All-Star 2021.

This isn’t Gladys’ first time delivering a stirring Anthem on a high-profile — and controversial — stage.

The ‘Empress of Soul’ performed the ‘Star-Spangled Banner’ at the recent Super Bowl LIII in 2019. Against heavy criticism, Knight defended her decision to perform the Anthem despite the NFL’s alleged blacklisting of Colin Kaepernick.  “I understand that Mr. Kaepernick is protesting two things, and they are police violence and injustice,” Gladys Knight offered in a statement. “It is unfortunate that our National Anthem has been dragged into this debate when the distinctive senses of the National Anthem and fighting for justice should each stand alone.

“I am here today and on Sunday, Feb. 3 to give the Anthem back its voice, to stand for that historic choice of words, the way it unites us when we hear it and to free it from the same prejudices and struggles I have fought long and hard for all my life, from walking back hallways, from marching with our social leaders, from using my voice for good — I have been in the forefront of this battle longer than most of those voicing their opinions to win the right to sing our country’s Anthem on a stage as large as the Super Bowl LIII.” 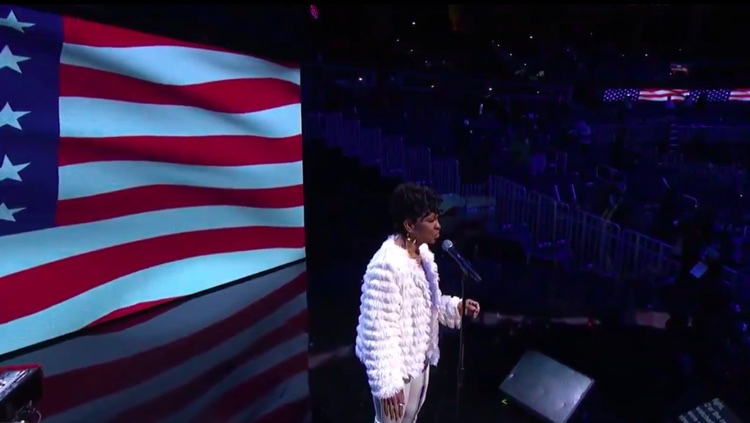 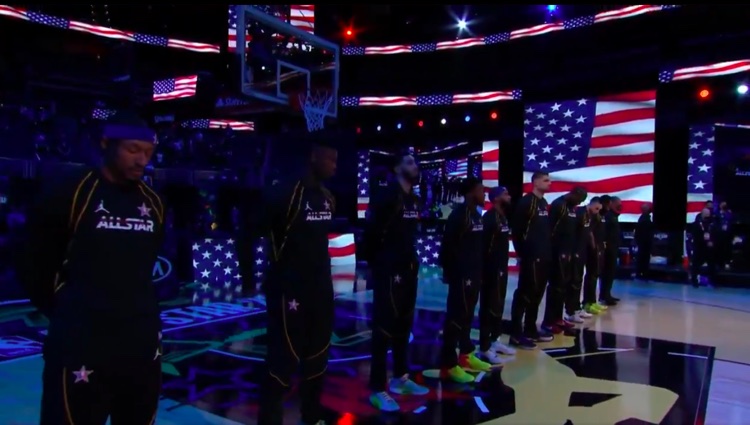 That unifying message was undoubtedly at work during the NBA All-Star Game, though it’s still unclear how the National Anthem will factor into future NBA games. For now, the message was one of unity — delivered by one of music’s biggest legends.