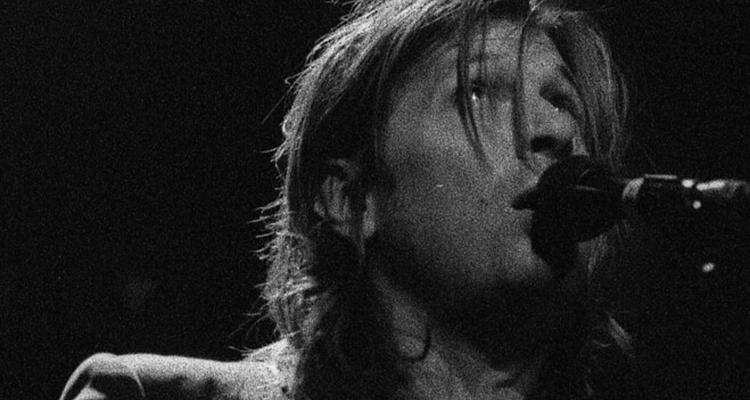 Evan Dando gave an impromptu performance to Walgreens employees after they returned his lost wallet.

The Lemonheads frontman was so thankful the wallet was found. “I dropped my wallet with my driver’s license and two debit cards in it,” he told Twitter. “I was walking from the Mariner Hotel to the Palmer Lot. Please have a look if you are on them streets.”

I doubt Dando expected anything to come of the tweet, but a few minutes later, he had a response. “I work at Walgreens in Falmouth, and your wallet was just turned in to us. I’ll keep it in the office safe until you can get it,” the handy employee informed Dando.

It took him a few days, but Evan Dando finally showed up to retrieve his lost wallet.

Dando showed up with his guitar and played the track, “Confetti” in the shop’s aisles. The impromptu performance was a thank you for employees. He forgot his guitar strap, so he struggled to play the guitar while standing up without it.

Just had a special guest appearance at Walgreens by artist @Evan_Dando (lead singer of the group the Lemonheads). Thank you Evan, you sounded great as always! pic.twitter.com/GB6XOBPfnS

The Walgreens performance was a nice gesture, but Dando seems to be having trouble holding onto his stuff.

“Someone has stolen my most precious possession,” he tweeted on Friday. “I should have put this up here a month ago around when it happened. It’s a 1959 Gibson J-50 in perfect condition. Cost me over $5,000. It was gonna make its money back soon as I planned to use her as my main live axe, but COVID plus SOME WANKER has stuffed all this up for me.”

Turns out that ‘some wanker’ was Dando himself. Yesterday, March 7, he tweeted that it was a false alarm. “I found my guitar, false alarm.” Dando didn’t share where he found the guitar, nor whether it will still be his main axe in the future. Check out the tweet above to see a video of the impromptu performance.

The Lemonheads did a live stream of their music on October 25 for fans. Tickets to the show were only $10, with some additional perks for those who wanted to pay more.

The merch booth also contained an exclusive lithograph and a VIP package with a virtual Zoom hangout with Evan Dando. Another VIP package included a personalized song from Dando. The live stream was just one attempt the band has made to keep touring in the era of COVID-19 when live shows have been impossible.