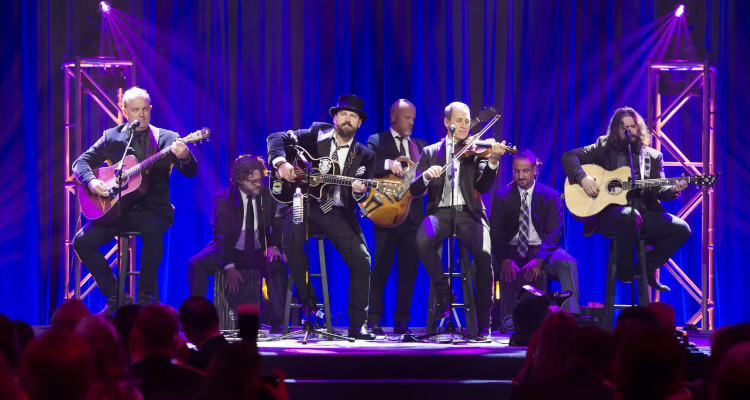 An early investor in the Zac Brown Band won’t receive royalties from the group’s singles sales, an appellate court has determined.

The events that resulted in the underlying courtroom confrontation between the Zac Brown Band and one Braden Copeland, “an early supporter and financial backer” of the three-time Grammy-winning act, can be traced back to late 2005, per the lawsuit’s text. Copeland met Zac Brown while “conducting due diligence for a commercial real estate transaction” and, as a fan of the group (which formed in 2002), started providing “a series of loans” in February of 2006.

By July of the following year, “despite having no written agreement for repayment at that time, Copeland had provided over $73,000 to assist the Zac Brown Band with expenses such as touring, hiring studio musicians and mixers, booking studio time, and recording the group’s first major label studio album—The Foundation,” the document continues.

Then, instead of arranging for a traditional reimbursement, Copeland and Zac Brown (via his Home Grown Music company) in September of 2007 signed a two-part agreement establishing repayment from “the royalties generated by sales of the band’s music and merchandise.” The first of these two parts outlined payment procedures for prior to the Zac Brown Band’s signing a major-label deal, including a 50 percent commission on the “net receipts” from whole-album sales.

This clause included a $5-per-unit cap on physical sales and a $3.50 limit on digital editions until the investments were repaid entirely. And after the loan’s balance had been covered, the figures would shift to 20 cents per record sold (physical or digital) as well as 1.5 cents per downloaded single.

However, the latter half of the contract, centering on the repayment schedule if the Zac Brown Band did in fact sign with a major label (Home Grown Music inked an Atlantic deal in October of 2008), stipulated that the eight-piece act would have to pay the remaining balance on the investment at once. Plus, the group would be responsible for a two percent “override royalty” on full-album sales after recouping costs.

Conspicuously absent from the post-major label component of the contract was a mention of royalty payments deriving from singles, the text proceeds. Moreover, Copeland pursued litigation in June of 2014, due in part to unpaid merchandise royalties that the defendants attributed “to a transition to in-house” accounting.

Home Grown repaid this total, and the trial court as well as the appellate court found that the plaintiff isn’t entitled to non-album music-sale royalties under the second section of the aforementioned contract. Additionally, the Georgia Court of Appeals upheld the trial court’s determinations with regard to summary judgement – finding that Copeland isn’t owed reimbursement for counsel – but reduced the plaintiff’s costs from over $2,360 to about $100, solely for the filing fee.

Last month, Chance the Rapper countersued his ex-manager, Pat Corcoran, for more than $1 billion, while Dwight Yoakam filed a complaint against Warner Music for allegedly failing to hand back his masters.