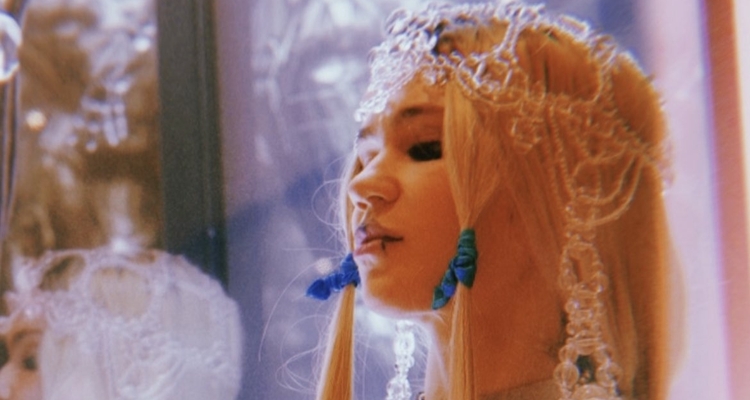 Grimes is the latest artist to join the Columbia Records family, announced via Instagram.

The Canadian superstar thanked her fans for their support and teased a ‘Phase 2’ to her act. “Just signed to Columbia Records,” Grimes wrote. “Wanted to wait till I finished to tell people but the word got out… so.”

“Thanks to everyone whose been following my tunes all these years,” she continued. “Means the world and more to me. We’ll meet again soon. COMMENCE PHase 2.” Miss Anthropocene was her final album with 4AD, after her relationship with the label collapsed in 2018.

In a now-deleted Instagram post, Grimes told the world she was working on “one final album for my sh-t label.” Grimes later apologized for the deleted post. “I’m sorry negative shit I said ended up in the press today; I didn’t mean to spread bad vibes, ugh,” the artist wrote on Twitter.

Along with the new record deal with Columbia Records, Grimes also launched a new website.

It’s unclear what the purpose is for now beyond collecting fan email addresses. But Grimes is heavily invested in the crypto space with NFTs and art collectibles. When asked to hand over your email address, the website asks users ‘Are you a player of games?’

Grimes was featured as fictional cyborg artist Lizzy Wizzy in Cyberpunk 2077. The hype for that game has died down some among problems with the finished product, including bugs and crashes. But Grimes has soldiered on beyond providing music for a multi-million dollar game. She’s also sold $6 million worth of digital art on the digital non-fungible token (NFT) market.

The art collection featured 10 pieces – some one-of-a-kind, others with thousands of copies. The collection was sold via Nifty Gateway on February 28. The highest-selling piece was one called “Death of the Old,” featuring flying cherubs, a cross, a sword, and glowing light. The artwork itself was also set to an original song featuring Grimes, sold for $398,000.

Two pieces with thousands of copies sold for $7,500 each, both entitled ‘Earth’ and ‘Mars.’ 700 copies of these pieces were sold before the auction ended, generating $5.18 million in sales. Grimes’ art auction was part of her “WarNymph” collection, featuring art made with her brother, Mac Boucher. The digital persona was debuted in 2019 as a way to promote her album, Miss Anthropocene.

NFTs are a speculative asset for now, and Grimes is not the only artist to profit. Electronic musician 3LAU made more than $11 million from sales of his album as a digital good this weekend. It’s the most an album has generated in profits.