Gibson Is Charging Thousands of Dollars to Perfectly Age Your Guitar 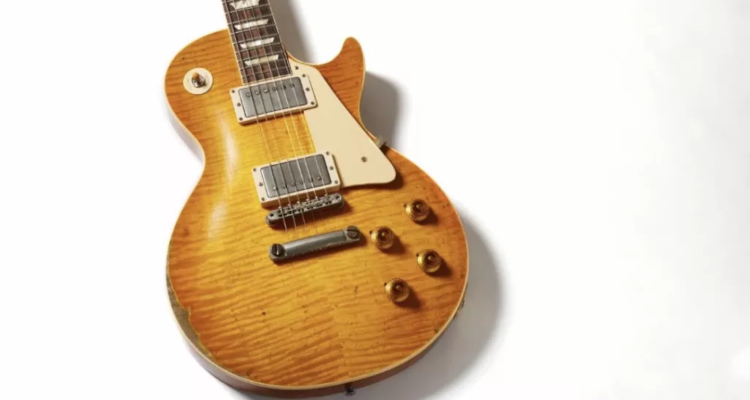 Some seven months after giving fans an early look at technology designed to make newly crafted instruments appear antiquated and worn, Gibson is charging customers thousands of dollars to perfectly age their guitars.

Gibson CMO Cesar Gueikian teased his company’s guitar-aging technology – developed by Tom Murphy, who has headed the Gibson Custom Shop’s aptly named Murphy Lab since December of 2019 – via a series of Instagram posts in late August of 2020. More than a few individuals quickly expressed their opinion of the “aged” instruments, but Gueikian didn’t specify when exactly the units would become available for purchase.

Now, however, fans can officially buy artificially aged guitars from Gibson – though the instruments aren’t cheap, according to product listings on the 119-year-old company’s website. Included in “The Gibson Murphy Lab Collection” are a light-aged 1959 Les Paul Standard Reissue finished in factory burst ($6,999) and a light-aged 1963 Les Paul SG Custom Reissue in classic white and with a long maestro vibrola tailpiece ($7,199), for instance.

Interestingly, Gibson has emphasized the substantial amount of work that goes into creating these “aged” reissues, noting in the product description for the aforementioned Les Paul that the unit “is not just a tribute to the priceless original models — it’s a clone of them.” Bearing this information in mind, the Nashville-headquartered entity could in some ways be competing with its older models on the used market by aging reissue guitars in-house.

And in a video entitled “Introducing the Murphy Lab,” released earlier this month to promote the launch of the Lab’s seemingly old guitars, Tom Murphy explained in relative detail that he and his team also work to make the instruments feel (not solely appear) authentic to players.

“To go along with what appears to be wear on the guitar,” said Murphy, “the guitar needs to feel like it’s actually been played. Not damaged, just played and broken in.

“If they don’t feel old, it doesn’t help to make them look old. So part of that, of our aging, creates an old feel too,” finished Murphy.

Besides launching its “aged” guitar line, Gibson has made several noteworthy moves to this point in 2021. Kicking off the year, Gibson acquired boutique amp maker Mesa/Boogie and announced a joint venture with Gene Simmons to develop electric guitars and basses.