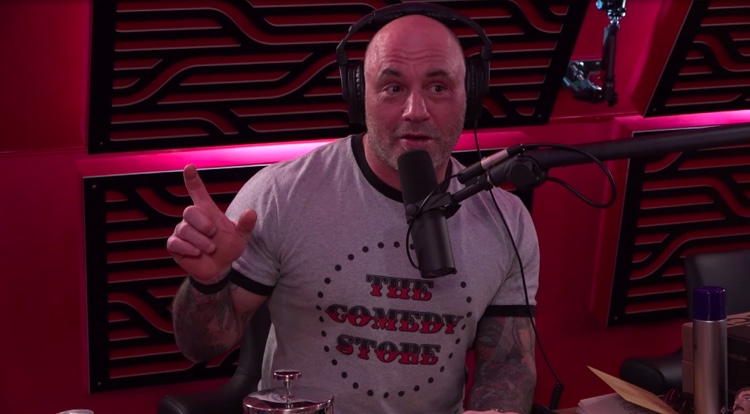 For those struggling with Spotify’s clunky podcast app, Joe Rogan says there’s hope. But he’s also part of the problem.

For all the hundreds of millions of dollars that Spotify has invested into its podcasting expansion, it’s surprising how bad their actual podcast app is. The addition of video can be great, but users complain that it frequently freezes the Spotify app, drains mobile data, or simply crashes altogether. In our testing, even downloaded episodes have simply stopped in the middle on multiple occasions, requiring an app or phone reboot to resume the episode.

Those problems are even worse for devoted Joe Rogan Experience listeners, who have now been forced to shift to Spotify exclusively. Gone are the days of effortless YouTube or Apple Podcast playback. Now, it’s Spotify or nothing, with features like comments gone and video semi-functional.

The situation has actually been complicated by Joe Rogan himself, who personally insisted on layering video into his episodes. But Spotify, renowned for its stellar music delivery, has been struggling to deliver a video layer that works. But things are slowly getting better, Rogan reassured after guest Hamilton Morris addressed the elephant in the room.

Morris couldn’t contain himself during a cigar-lighting break in his interview, which interrupted the conversation. “This is the one thing that worries me about the move to Spotify,” Morris started. “On YouTube, I could just fast-forward over a moment like this. But, are there people that are going to be listening to this —”

“You can fast-forward on Spotify — yeah,” Rogan replied, referring to Spotify’s 15-second fast-forward (and rewind) buttons.

“Or, you could change the speed of playback —”

“Oh, I don’t know if they have that,” Rogan continued (though Spotify has introduced a number of variable-speed playback options, though higher-speeds often freeze playback).

“They also have that 15-second skip button, too,” Rogan’s assistant, Jamie Vernon, chimed in.

“Spotify is slowly but surely getting its sh-t together, when it comes to video playback and stuff,” Rogan said. “But yeah, this was a boring section of the podcast and I apologize for anyone who’s freaking the f—k out right now…”

In previous episodes, Rogan relayed that he demanded that Spotify integrate video into its podcasts — and he’s pushing for comments. For Spotify, the video demand is causing serious problems in basic podcast functionality.

“It’s not as smooth as it probably should have been when we first transitioned over in December, but [Spotify] just wasn’t ready for the volume,” Rogan explained. “They had never had a show — first of all, they created video because of the conversation we had about this podcast. They wanted the podcast to be audio-only, and my manager was like, ‘think about the Elon Musk moment when Elon Musk was smoking weed.’ That is a viral moment that only happens with video.”

“I was at the airport and I had sunglasses and a hat on, on my way to Vegas, and I saw the CNN monitor of Elon Musk smoking weed on my podcast,” Rogan laughed. “I was like, ‘what have I done?’ But those moments, those crazy moments, they don’t exist without video. And Spotify agreed and started working on the video platform.”

That hurry-up offense explains why the video player is so clunky, though Rogan is also pushing for comments as well — something Spotify has so far resisted.

“That’s where YouTube shines over all over forums, is that they have that comments section, and I think Spotify needs to recognize that,” Rogan stated. “And I’ve tried to talk to them about that, and there’s been some discussion about putting comments — but one of the things they said is, ‘if we put comments on one podcast, we have to put them on all podcasts.’ But I go, ‘why? Just put them on mine, just put them on mine.'”

So far, there’s no indication that Spotify is working on integrating comments, though Rogan noted that he’s still uploading show snippets on YouTube. But despite howls of protest from longtime fans, the full episodes are only available on Spotify.

Unfortunately, a number of earlier Rogan shows have been censored completely — something Spotify insisted on while transitioning older shows to its platform.