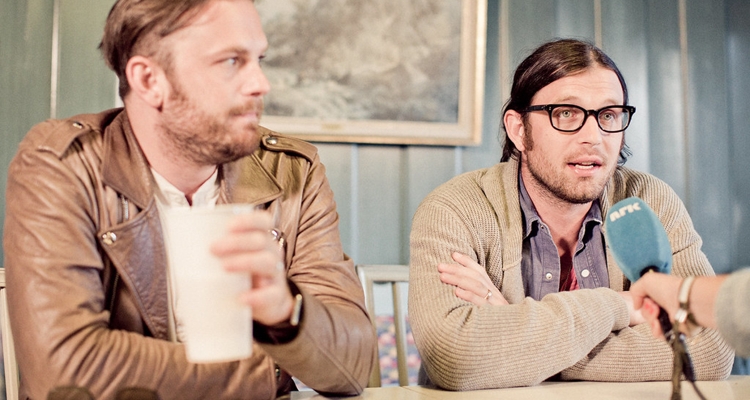 The Kings of Leon have generated around $1.45 to $2 million in their NFT album sales.

The sale of the non-fungible tokens containing the album began on March 5 on the Open Sea platform. The collection was entitled “NFT Yourself” and was released in partnership with crypto start-up, Yellowheart. The collection contained the Kings of Leon’s new When You See Yourself LP, in a first-of-its-kind offering.

Sales of the collection amounted to 766.4 ETH. Ethereum is the cryptocurrency blockchain that enables the sale of non-fungible tokens – a type of smart contract proving ownership. The value of ETH fluctuates and could rise or fall if the band holds onto their gains instead of converting them to a fiat currency.

Representatives of the band told Rolling Stone that $600,000 in revenue was going to the Crew Nation Fund. That’s Live Nation’s fund for supporting live music crews who are affected by the pandemic. While this NFT auction for the Kings of Leon was ultimately successful, it didn’t go off without a hitch. Sales of the auction have been extended for 24 hours, with it now concluding on March 20.

The Kings of Leon When You See Yourself LP is the band’s first album after a four-year break. The NFT album includes a limited-edition vinyl print.

Vinyl prints won’t be available to purchase until March 19. Unsold editions of the Kings of Leon token will be ‘burned’ at the end of the auction. That increases the scarcity of the tokens that were bought by fans.

Income generated by the Kings of Leon NFT album sales is less than DJ 3LAU’s haul. He managed to break crypto records by bringing in more than $11 million in less than 24 hours. 3Lau auctioned off a collection of 33 NFTs to celebrate the third anniversary of his Ultraviolet album. That NFT collection included never-before-heard music, a custom song written by 3LAU, and custom artwork.

The difference in haul may be explained by the audiences of the band. 3LAU’s fans are familiar with the crypto scene, while Kings of Leon’s fans needed an introduction. “Breaking new ground is never easy, if it were, it wouldn’t be groundbreaking,” the Kings of Leon wrote. “Many fans are first-time NFT buyers and are experiencing a learning curve.”

“We hear you and are going to extend the NFT Yourself Collection for an additional 24 hours, in hopes that more time allows more fans to participate in this historic offering.”

The most expensive NFT in the Kings of Leon collection is ‘Golden Ticket: Bandit #2 Wave.” It includes audio excerpts of the When You See Yourself album and the lead single, “The Bandit.” It went for 89 ETH, or around $157,000 USD as of the time of writing. The reserve price for one of the golden ticket NFTs was set at 50 ETH.