Gucci Mane-Repped Foogiano Arrested by U.S. Marshals After Months On the Run 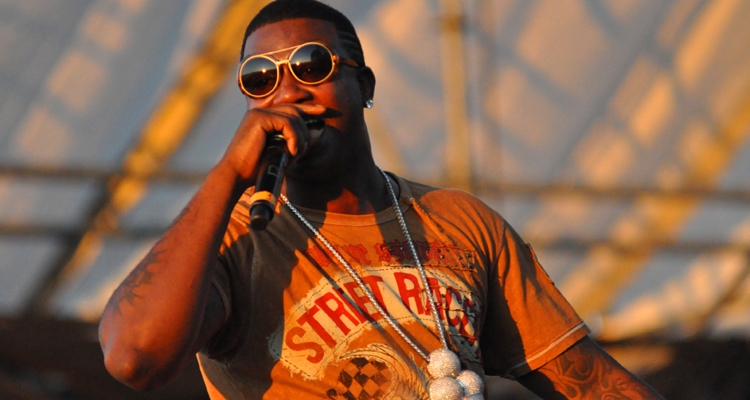 Gucci Mane, whose 1017 Records artist Foogiano has been arrested after three months on the run. Photo Credit: Jason Persse / CC by 2.0

Federal authorities have arrested Gucci Mane-repped rapper Foogiano some three months after he allegedly violated court orders, ditched his ankle monitor, and went on the run.

Local outlets including Georgia’s Athens Banner-Herald quickly picked up on the arrest of the 1017 Records artist Foogiano, who is wanted in Greene County, Georgia, for allegedly violating the terms of his probation. The latter was the result of a 2015 burglary, and the rapper’s violation stemmed from his allegedly possessing a firearm as a felon.

The 27-year-old, whose full name is Kwame Khalil Brown, was booked last Thursday, March 11th, according to the Memphis Police Department’s database. The day following the arrest, an unidentified entity posted $25,000 bond on Foogiano’s behalf, per the same source, and the “Molly” creator’s next court date will arrive at nine o’clock tomorrow morning.

Brown – who has been active on social media, including an Instagram post from just seven days back – was released from jail in Greene County on $50,000 bond in December of 2020, on the heels of the previously noted firearm probation violation.

He then removed his court-ordered ankle monitor (reportedly by melting it off), and law-enforcement professionals subsequently recovered the discarded device about 52 miles away, in Barrow County, Georgia.

The agents who apprehended Foogiano in Memphis declined to specify how they found his location (at a house), but it appears that Instagram photos captured as of late in clubs and in convenience stores might have made it easier for authorities to pinpoint the rapper’s place of residence for the last three or so months. (The images could be older, given that Foogiano isn’t wearing a mask in the shots, but even his use of a cell-phone service and/or the internet may have tipped off authorities.)

At the time of this piece’s publishing, Gucci Mane hadn’t commented publicly on the arrest of Foogiano. For additional context, however, Foogiano welcomed a child into the world in December of 2020 – the same month in which he allegedly removed his ankle monitor and made his way to Tennessee. (Incidentally, Gucci Mane, full name Radric Delantic Davis, and his wife celebrated the birth of a baby boy of their own just days thereafter.)

Finally, a local news station’s report of the July of 2020 shooting that took place at a Greenville, South Carolina, club during a Foogiano concert specified that police hadn’t ruled out levying charges against the rapper himself. The same local report indicated that the four suspects in the shooting, which left two persons dead and resulted in eight injuries, “were all members of Foogiano’s entourage.”

One of these suspects remains behind bars on both murder and attempted murder charges, and Gucci Mane and Foogiano were named in a civil suit last year from the family of a 23-year-old woman who perished from gunshot wounds sustained during the shooting.