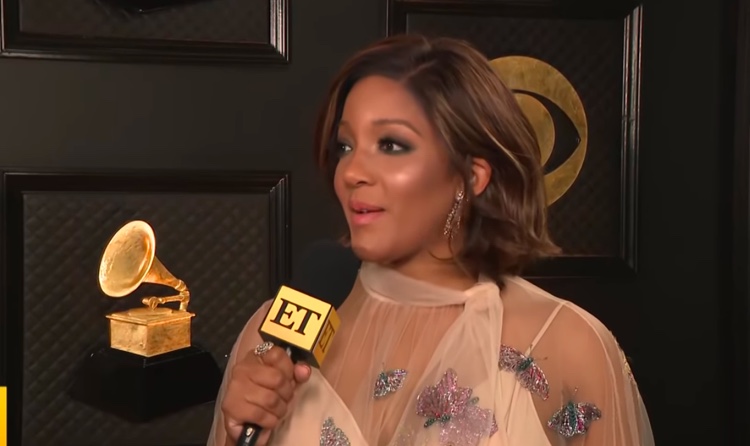 In an interview conducted at the Grammy Awards, country singer Mickey Guyton revealed that angry Morgan Wallen fans caused her extreme psychological and physical stress —resulting in complications in her recent pregnancy.

It’s an understatement to say that Morgan Wallen has a dedicated fanbase — ask any country radio station in America or look at the album charts for evidence of that. But country singer Mickey Guyton says that Wallen’s followers have gone completely overboard. In a recent interview at the Grammys, Guyton says she was relentlessly attacked by Wallen fans after she criticized his behavior, resulting in extreme psychological and physical stress. As a result, Guyton says she suffered pregnancy complications — specifically a premature birth — as a result of the attacks.

Entertainment Tonight: “You are a trailblazer in so many ways, but what does it mean to you — I mean I’m just thinking of the week we’ve had, the Meghan [Markle] interview, Morgan [Wallen]’s record’s been at number one after what he said, I mean —”

Mickey Guyton: “The hate that I got after I called him out, it was really bad.”

Mickey Guyton: “Yeah. It caused me to go into early labor.”

Mickey Guyton: “Yeah, the stress. Like the day before I gave birth, I was literally in bed clinging to my mom and my husband, because of how horrible it was. Yeah.”

ET: “And it’s very interesting, because someone said something this morning after the Meghan interview, and they said people are more upset at you for calling out the racism, than they are about the racism. And what does that mean?”

Guyton: “It says a lot, it says a lot. That we have a lot of work to do. Because I didn’t do anything wrong —”

Guyton continued by calling for Nashville to sign more black women artists, as well as members of the LGBTQ community. “There are so many artists that are finally coming out and saying, ‘This is who I am, and you have to accept me for who I am, and that’s what it’s all about, love and acceptance,'” Guyton concluded.

It should be noted that Guyton is slated to co-host the upcoming Country Music Awards alongside Keith Urban in April.

In early February, the Academy of Country Music disqualified Morgan Wallen from awards eligibility at the Country Music Awards. But that disqualification has now created an elephant in the room given Wallen’s record-breaking successes over the past few months. Just last week, Digital Music News learned that the Academy has quietly requested that Wallen’s name not be mentioned before, during, or after the CMA broadcast in April despite the existing ban.

Wallen’s Dangerous: The Double Album just spent its ninth week atop the US-based album charts, with a tenth week potentially ahead. The streak sets an all-time record in the country music genre, and shuttles Wallen into sales territory occupied by mega-stars like Billy Ray Cyrus, Taylor Swift, and Garth Brooks.