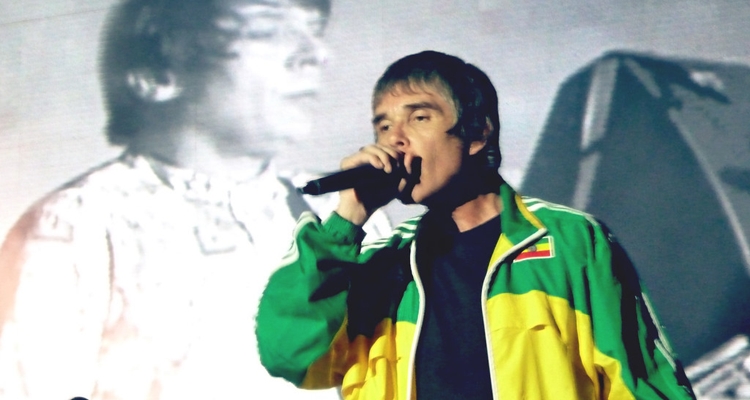 Spotify has removed an Ian Brown song over its anti-lockdown lyrical content. Here’s the latest.

The Stone Roses frontman’s song was available on streaming services last September. It came with a message, “NO LOCKDOWN NO TESTS NO TRACKS NO MASKS NO VAX.” The song is still available on Apple Music, which is why Brown took to Twitter to put Spotify on blast for censorship.

“Spotify stream the streams and censor the artists like they have with the last song TOOK IT DOWN, just put it down the memory hole!” his tweet begins. When coverage of the story broke, Spotify confirmed that it had removed the song for containing misleading content.

“Spotify prohibits content on the platform which promotes dangerous false, deceptive, or misleading content about COVID-19 that may cause offline harm and/or pose a direct threat to public health. When content that violates this standard is identified it is removed from the platform,” a Spotify spokesperson told NME.

Ian Brown has come under fire for tweets about the coronavirus pandemic and his skepticism. Brown suggested the crisis was planned and designed to make people “digital slaves” due to the work-from-home environment. He also spread misinformation about the coronavirus, calling it nothing more than the common cold. Brown has lost work due to his stances.

He was supposed to headline the Neighborhood Weekender festival in Manchester, England. However, the frontman later tweeted that the show would not happen because of the show’s stipulations for attendance.

“My Saturday night headline show at NHBD Weekender Festival will now not happen,” he wrote on Twitter. “I refuse to accept vaccination proof as a condition of entry. Refunds are available!” Brown also tweeted in February 2021 that he would not sing to any crowd that requires a vaccine to attend.

But several investigations after the Capitol riots found Apple, Spotify, and Google continued to host conspiracy theory content on their platforms. Spotify banned the ‘War Room’ podcast hosted by Steve Bannon in November 2020. Yet others without famous figureheads are allowed to exist on the platform.

“If you’re going to take a strong stance against hate and extremism in the platform in any way, it should be all-inclusive,” says Oren Segal of ADL’s Center on Extremism. Several of these conspiracy theory podcasts remain on Apple Music, Spotify, YouTube Music, and other services.