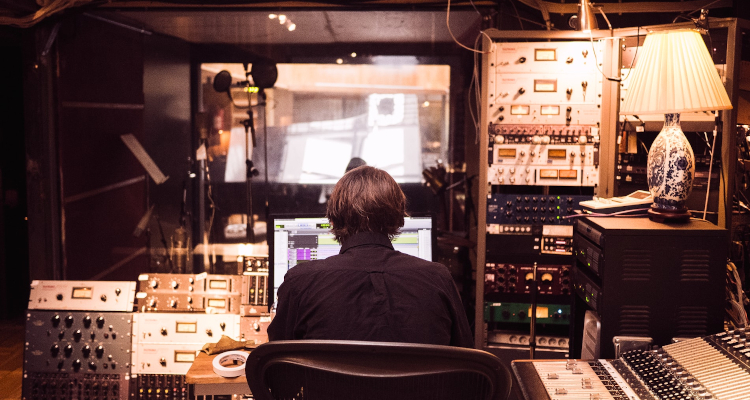 The HITS Act, which would allow artists to deduct up to $150,000 in recording costs at once, has been reintroduced in Congress. Photo Credit: John Hult

Lawmakers have officially reintroduced the Help Independent Tracks Succeed Act (HITS Act), which, if passed and signed into law, would enable artists to automatically deduct up to $150,000 in recording expenses as opposed to amortizing the costs over a multiyear stretch.

Three days removed from the 63rd Grammys, the Recording Academy, which championed the HITS Act when it was initially introduced last July, acknowledged the bipartisan legislation’s reintroduction in a formal release. Moreover, the RIAA, the NMPA, BMI, and a number of other music industry organizations last year called on Congress to pass the bill as one component of a broader financial-relief plan for creators.

Senator Dianne Feinstein (D-CA) and Senator Marsha Blackburn (R-TN) once again introduced the legislation in their chamber, while a companion bill was sponsored in the House of Representatives by Linda Sánchez (D-CA) and Representative Ron Estes (R-KS). Another 39 lawmakers have cosponsored the latter variation, with most of this support having arrived in August and September of last year.

According to the relatively straightforward bill’s text, the HITS Act would replace the portion of the Internal Revenue Code that specifies which production costs can be treated as expenses – as currently written, those deriving from “qualified film or television production, and any qualified live theatrical production.”

Plus, the legislation proposes the aforementioned $150,000 deduction limit for sound recordings, prohibits additional deductions and amortizations, and indicates that qualifying works would be considered “placed in service” after they’re first released or broadcasted.

Addressing the reintroduction of the HITS Act in a statement, Recording Academy interim head Harvey Mason Jr. said in part: “This bipartisan bill will change the tax code – putting music creators on a level playing field with other creative industries – helping thousands of independent creators get back on track by incentivizing music production, creating new opportunities and revitalizing the music economy.”

Lastly, the American Association of Independent Music (A2IM) also responded to the legislation’s reemergence in a formal release, which was emailed to Digital Music News.

“While we all move forward into what we hope will be a brighter summer and fall, the HITS Act would provide much-needed tax savings for recording artists and their label partners to reinvest in new projects,” said A2IM president and CEO Richard James Burgess.

“This has the dual benefit of incentivizing job creating activity in our industry and helping artists make ends meet,” he continued.