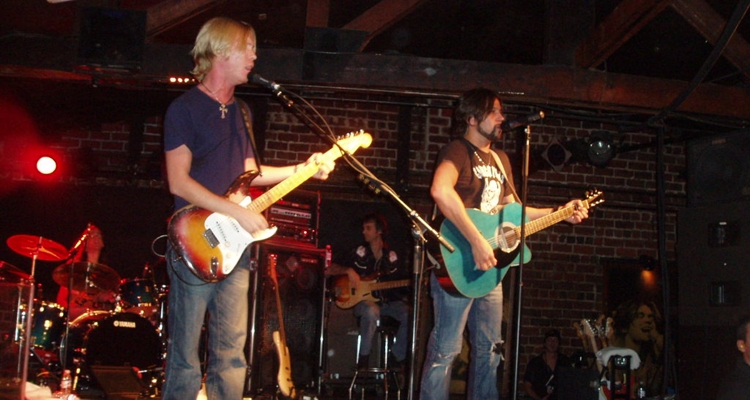 Kenny Wayne Shepherd’s nomination as Best Blues/Rock Artist at the Blues Music Awards has been rescinded.

The Blues Foundation made the decision because of the Confederate flag imagery that Shepherd uses. Shepherd recreated a Dukes of Hazzard Dodge Challenger, resembling the original ‘General Lee’ car. Shepherd also featured the flag on guitars and other equipment.

The Blues Foundation said the rescindment is in accordance with its stance against racism. “The Blues Foundation unequivocally condemns all forms and expressions of racism, including all symbols associated with white supremacy and the degradation of people of color.”

“We hold ourselves as well as all blues musicians, fans, organizations, and members of the music industry accountable for racist actions and encourage concrete commitments to acknowledge and redress the resulting pain,” the statement continues.

Shepherd says he acknowledges the Confederate flag symbol is a painful one for many Americans.

“We have been told this decision has been made in recent days; concerns have been raised regarding one of the cars in my muscle car collection. The car was built 17 years ago as a replica and homage to the iconic car in the television series, The Dukes of Hazzard.”

“Years ago, I put that car in permanent storage. And some time ago, I made the decision to permanently cover the flag on my car because it was completely against my values and offensive to the African American community, which created the music I love so much. I apologize to anyone that I have unintentionally hurt because of it.”

Shepherd says he absolutely condemns all forms of racism and oppression and always will. As part of the rescinding of Kenny Wayne Shepherd’s nomination, the Blues Foundation also asked his father, Ken Shepherd, to step down from its Board of Directors.

The situation mirrors the Morgan Wallen censorship controversy, in which the singer was pulled from playlists. Now more than a month after that controversy broke, Wallen is still topping sales and streaming charts. Spotify is slowly reinstating Wallen into its country playlists, but he’s still absent from its ‘Hot Country’ list.

It’s the biggest country playlist on Spotify, and by all rights, Wallen should be on it. The controversy has made his music trend to the top of country music charts. Fans and supporters are snapping up his albums at a record rate to show their support. Wallen has apologized for the racial slur he used – and the cancel culture attempt appears to be backfiring.