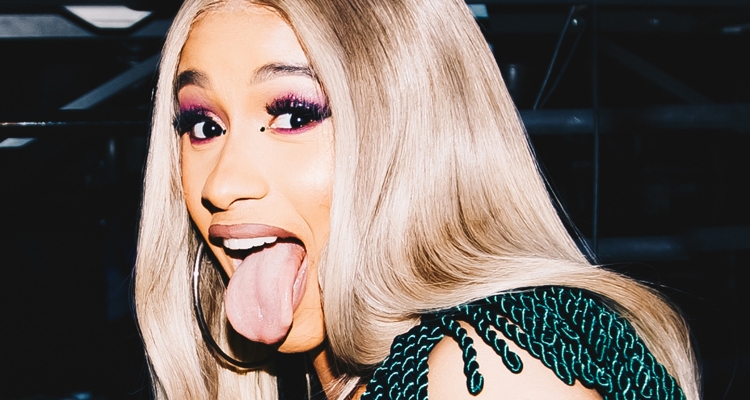 Cardi B performed “WAP” during the 2021 Grammys, sparking a huge controversy and backlash.

The rapper clapped back at her critics on Instagram, saying, “I don’t make music for kids; I make music for adults. Parents are responsible on what their children listen to or see.” The appearance of the song drew criticism from more conservative circles. That’s despite the fact that the aired version was edited and censored to be nearly unrecognizable.

The song got conservative commentator Candace Owens riled up enough to appear on Fox News. She said the performance is contributing to “a weakening of American society.” In response to the interview on Tucker Carlson, Cardi B tweeted: “Yayy! We made Fox News guys!”

“Matter fact, I’m just going to thank Candy. She put my performance on Fox News, giving it more views that boosted the views on YouTube and are counting towards my streams and sales,” the rapper tweeted about the manufactured controversy. After Owens spotted Cardi B’s comments on Twitter, she decided to fire back.

Now the two are beefing on Twitter and threatening to sue each other. Candace has threatened to sue Cardi B for posting a Photoshopped tweet in which Candace writes her husband cheated on her with her brother. Cardi B claims the tweet isn’t Photoshopped, and Candace says she will “100%” be suing Cardi B for what she considered slander.

Candace Owens and Cardi B have continued to trade barbs at each other over Twitter and Instagram. The WAP Grammys controversy set it all off.

Candace even composed a 13-minute video in which she announced she planned to sue the rapper. “The Grammy performance was degenerate. Also, she’s about to get sued for lying publicly about my family, so stay tuned as I legally rip her a new WAP,” Owens wrote under the video.

“I’m going to sue Candy for claiming I Photoshopped a tweet that dozens of articles reported about back in November 2016. First she claim me and my team Photoshopped it now it was a fake tweet. Which one is it? Everyone is free to Google,” Cardi B tweeted.

“Don’t mention my name if you can’t take the heat,” Cardi B fired back. So just how controversial was the WAP appearance at the 2021 Grammys? According to WFFA Dallas, the FCC received around 80 complaints from viewers who thought it was obscene. One viewer from Colorado said it felt like they were “dancing in a strip club.”

“Now you’re bleeping with some bleep, bleep bleep,” the aired WAP performance sounded like on TV. Cardi B says the Grammys are rated PG, which stands for ‘Parental Guidance.’ As one person puts it, “If you allow your kids to listen to WAP, it’s your fault, not Cardi’s. Be your own child’s role model,” says one person responding to the controversy.