Joe Rogan Called Transphobic After Stating “There Are Idiots Who Become Trans, and Now All of a Sudden We Think They’re Amazing” 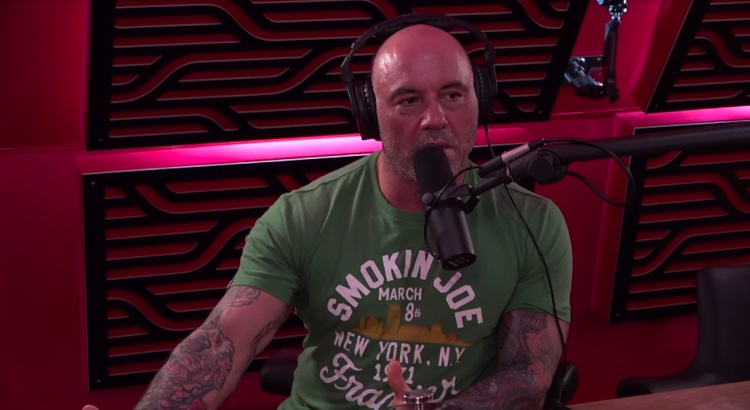 Despite heavy pressure from activist Spotify employees, Joe Rogan reiterated his criticisms of the transgender community while questioning the adulation given to those who transition.

Joe Rogan is now drawing more accusations of transphobia following comments during his most recent podcast episode. In an interview with longtime friend and comedian Jim Breuer, publishing on Friday exclusively on Spotify, Rogan reiterated earlier complaints about the transgender community while questioning the motivations of people seeking to transition.

“It’s not fake,” Rogan stated, while noting that a certain subset of the population has always wanted to transition to a different sex. “There are people who really have these thoughts. The problem is, it becomes a protected subject, and then you get praised for transferring your gender — for changing your gender. And then it gets exciting for people to talk about, and then you get chastised for even discussing it in any weird way.”

“And then people who were marginalized for being — like, generally dumb people, if they transfer over and become another gender, then they get praised.  There are a lot of people who are idiots, but then they become trans, and now all of a sudden we think they’re amazing.”

Jim Breuer immediately agreed with the comment, while noting that it’s impossible to have a back-and-forth discussion on the topic with anyone pro-trans. “They don’t even know how to talk,” Breuer noted.

“It’s because they’re indoctrinated into an ideology that demands that you comply,” Rogan replied.

“Correct, let’s just have a conversation. Like, there’s a transvestite that comes into our coffee shop, he’s —”

“I just did,” Breuer quipped back. “For my generation, I’m from the 80s, we called it a ‘transvestite,’ you can’t de-program me.”

In the hours following the publication of the podcast episode, DMN received multiple emails — though it’s unclear if any came from inside Spotify itself.

The discussion follows an extremely contentious battle between Rogan and a number of Spotify staffers, particularly over an interview Rogan conducted with Abigail Shrier prior to his arrival on the streaming music platform.

Shrier, author of the book Irreversible Damage: The Transgender Craze Seducing Our Daughters, was interviewed by Rogan in July of 2020. Shrier sharply questioned whether extremely young women should be undergoing gender-transition operations, treatments, and therapies, while also questioning whether many of these women are genuinely trans or simply seeking acceptance and validation.  That drew accusations of transphobia from a contingent of LGTBQ+ Spotify employees, who reportedly demanded changes in more than ten separate meetings with Spotify upper management.

Eventually, that group demanded the removal of the Shrier episode and other earlier shows, while also demanding editorial oversight and the ability to preface Joe Rogan podcast episodes with clarifications, trigger warnings, or other statements. None of those demands were granted, though the activist group never went on strike in response.

Rogan himself eventually responded to the demands, but refused to modify his opinions or delete earlier episodes.

“What Abigail is talking about in her book, Irreversible Damage, is large clusters of kids who are mostly kids that are socially awkward, many of them are autistic, many of them have never had any praise at all in their life, and they transition and they get all this praise from people. Because it is, right now it’s in vogue,” Rogan stated.