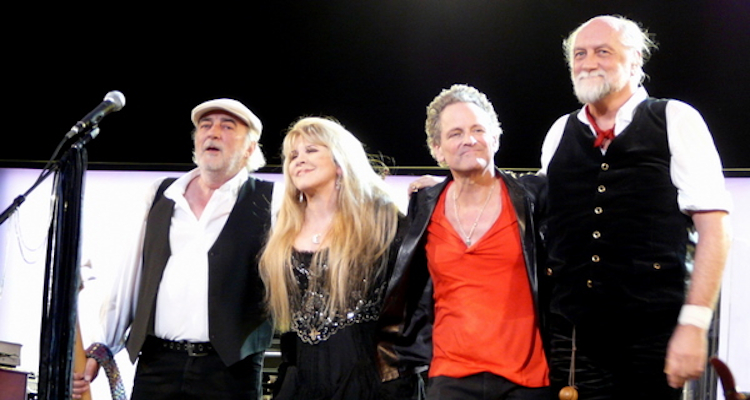 TikTok star Nathan Apodaca is organizing a non-fungible token (NFT) auction to cash in on the video that catapulted him to fame. But Fleetwood Mac vocalist and songwriter Stevie Nicks is reportedly unwilling to allow “Dreams” (1977) to appear in the for-sale clip.

37-year-old Nathan Apodaca – known on TikTok as 420doggface208 – went viral shortly after posting the aforementioned video in late September of last year. More than a few social-media users responded to and recreated the clip – as did the 54-year-old Fleetwood Mac, with Mick Fleetwood having garnered 2.6 million likes on TikTok simply by sipping cranberry juice while enjoying “Dreams,” which Stevie Nicks penned.

Ocean Spray also embraced the left-field marketing opportunity, gifting Apodaca a brand-new vehicle, and Fleetwood Mac’s exposure to a younger audience dramatically enlarged its streaming figures and social-media presence. While the London-based group was unable to immediately capitalize upon fans’ unprecedented interest with a tour, owing to the COVID-19 pandemic, the viral occurrence appeared to set the stage for multimillion-dollar catalog sales.

As a pertinent aside, though, the deal encompasses Primary Wave’s representing Nicks’s catalog “in brand alliance and brand marketing opportunities.” Then, Hipgnosis in early January acquired Lindsey Buckingham’s 161-song catalog and a 50 percent publishing stake in his future works, followed shortly thereafter by BMG’s closing a deal with Mick Fleetwood for his over 300-track recorded catalog.

As initially mentioned, Nathan Apodaca is preparing to sell the 23-second-long TikTok video that launched him to commercial prominence. The non-fungible token (NFT) auction will kick off this Saturday, March 27th, with bids beginning at a staggering $500,000. Significantly, though, “Dreams” won’t be part of the auctioned-off footage (Ocean Spray’s logo will reportedly be blurred out as well).

A representative for Apodaca told TMZ that Stevie Nicks – and presumably Primary Wave professionals, given their multifaceted professional relationship with Nicks – refused to allow “Dreams” to appear in the NFT-auctioned clip. Moreover, the rejection arrived despite the fact that 420doggface208 and his team offered Nicks 50 percent of the auction’s revenue, per the same source.

The exact reasons for Stevie Nicks’s opting not to green-light the appearance of “Dreams” in the NFT auction remain unclear; at the time of this piece’s publishing, the 72-year-old hadn’t commented publicly on the matter. Earlier today, Irving Azoff’s Iconic Music Group announced that it had acquired the entire recorded catalog of Rock and Roll Hall of Famer Linda Ronstadt.