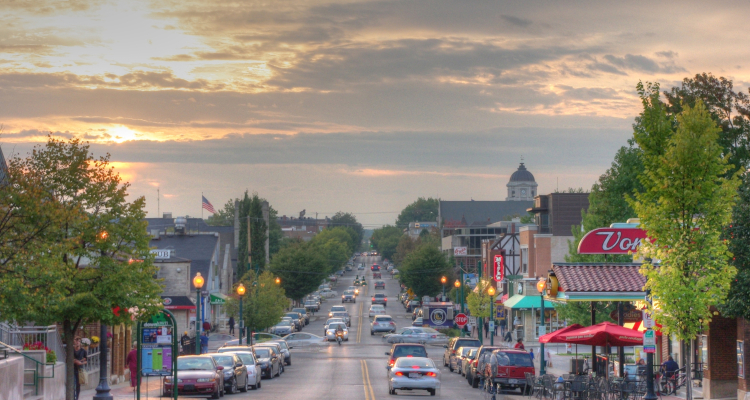 Bloomington, Indiana, where Secretly Group is based. Photo Credit: Yahala

Secretly Group team members announced the unionization plans on social media, from an aptly named (and newly created) account called “Secretly Group Union.” In addition to explaining the reasons behind the decision in a lengthy open letter, these individuals debuted a website, secretlygroupunion.com.

According to the aforementioned letter, a majority of Secretly Group’s stateside employees (across both the labels and Secretly Publishing; 120 total workers are part of the company, factoring for domestic and international operations) opted to unionize in order “to spotlight the rights of our staff and the health of our workplace.”

“Working in the music industry is not an easy way to support oneself for the majority of people; this is the case for both artists and those working behind the scenes,” the open letter continues.

“Our enthusiasm for the culture in which we work can lead to exploitation in ways endemic to the creative industries: poor wages, inadequate benefits, lack of work/life boundaries, gatekeeping that obstructs professional development, and an absence of initiatives that address systemic race and gender inequality.

“We seek Secretly Group’s recognition of the union to address these issues that are unsustainable for the well-being of our staff and thus the company at large,” the text proceeds.

The message’s latter three paragraphs expand upon employees’ grievances and detail the nuances of the unionization effort, which was made possible by a partnership “with national labor organization, OPEIU Local 174.”

“Collective bargaining is the most constructive, democratic, and intersectional way to solve these issues,” the open correspondence relays. “Performative allyship is not enough when the voices of our most vulnerable employees – people of color, women, and gender nonconforming staff – have become increasingly marginalized. … We are committed to building a truly inclusive, progressive and ethical work environment to guarantee Secretly Group’s place at the fore of a better music industry for all.

“We have asked the partners and senior management of Secretly Group and its affiliates to voluntarily recognize our union,” the letter states towards its conclusion. On this front, company higher-ups in a public statement expressed a “desire to reach an outcome that continues to evolve Secretly as a progressive voice,” according to a post on the union’s Twitter account.

The Secretly Group Union responded by stating that they “hope the partners commit to their values by meeting the set deadline [for recognition of the union], March 25th at 5PM EST.” And if they don’t receive a response by then, the unionized employees intend to “take our request to the NLRB and with our numbers, win a vote to establish our union,” per their website.

At the time of this piece’s writing, Secretly Canadian, Jagjaguwar, Dead Oceans, and Secretly Publishing hadn’t addressed the union or the deadline on social media, nor had Secretly Group co-founder Chris Swanson done so. Back in September, Parcast became the third Spotify-owned company to unionize, and members of the Union of Musicians and Allied Workers this month protested outside of the Stockholm-headquartered company’s offices.