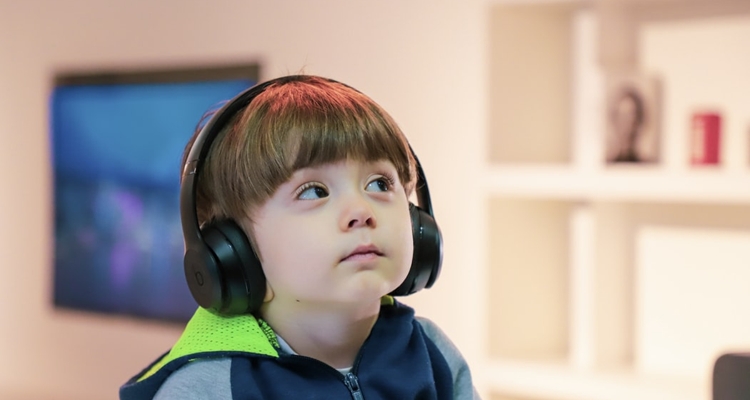 Warner Music and Apple are joining forces to create playlists to help with child speech therapy.

These ‘saylists’ include tracks from Dua Lipa, Lizzo, and Fatboy Slim. They’re designed to help children augment their speech therapy by helping with the repetition of difficult words, phrases, and syllables. Each saylist is centered around challenging speech sounds like ‘ch,’ ‘k,’ and ‘s.’

“Our reason for creating this project was to create a process where repetition we know is vital is a bit more engaging,” says Zara Flynn, Managing Director at Rothco. “We thought what better way to do that than partner with music.”

“Through our research, we found loads of rappers and singers have all had issues and problems with speech impediments. They’ve overcome these through music and the lyrics in their songs.” Flynn says the research took two years to complete, with a team dedicated to sound disorders providing feedback.

Researchers initially decided to create eight playlists using an algorithm to identify songs—the algorithm suggested songs containing certain syllables and sounds. The group worked with speech and language therapist Anna Biavati-Smith on the project. The team partnered with Warner Music for access to certain music and Apple Music to distribute these ‘saylists.’

Apple Music was chosen in part because of its commitment to providing live lyrics on the platform. Researchers say it’s important for kids to read along to the tracks they’re singing to help them navigate difficult speech sounds.

173 songs were chosen by Warner Music to fit into these eight playlists. More songs will be added as the Rothco team takes in feedback from users. The playlists are available to all Apple Music subscribers.

“When Warner Music Ireland and Rothco came to us with this idea, everyone at Warner Music got fully behind it,” Harlow says. “We believe utterly in the power of music and its ability to change people’s lives for the better. Helping people express themselves is at the heart of what we do, and we hope that by creating a therapeutic tool that’s as engaging and accessible as Saylists, we can help anyone who’s struggling with their speech.”

Music can be a big part of helping people overcome speech impediments, as attested by researchers. It’s great to see something like this coming out of the music industry.