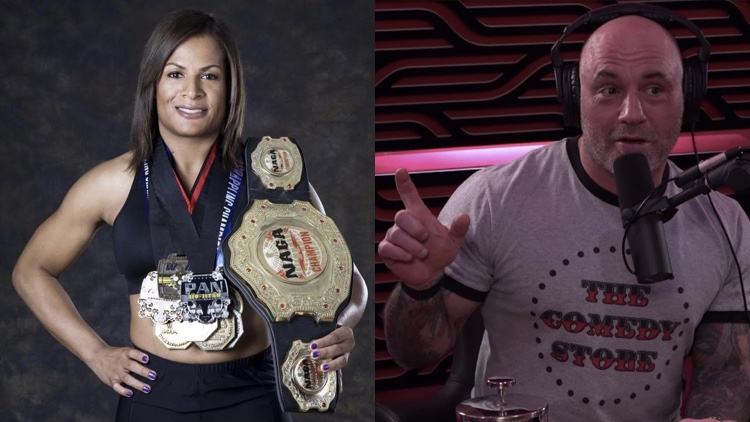 Joe Rogan’s arrival at Spotify continues to be shrouded in controversy, most recently over allegedly anti-trans statements issued by the podcaster. Rogan, a longtime critic of allowing transitioned males to compete in female competitive sports, has been an outspoken critic of MMA fighters like Fallon Fox (among others), and has questioned praise and adulation given to people who choose to transition.

Last week, pushback against Rogan continued after the podcaster questioned whether transitioning on its own was cause for celebration. “It’s not fake,” Rogan stated during an interview with guest Jim Breuer, while noting that a certain subset of the population has always wanted to transition to a different sex. “There are people who really have these thoughts. The problem is, it becomes a protected subject, and then you get praised for transferring your gender — for changing your gender. And then it gets exciting for people to talk about, and then you get chastised for even discussing it in any weird way.”

“And then people who were marginalized for being — like, generally dumb people, if they transfer over and become another gender, then they get praised.  There are a lot of people who are idiots, but then they become trans, and now all of a sudden we think they’re amazing.”

That has now prompted Fallon Fox — recognized as the first African-American trans athlete — to call for Rogan’s removal.

“Joe Rogan is being transphobic yet again,” Fox blasted on Facebook. “He has had more transphobic episodes than you can shake a stick at. Spotify needs to cancel his show already.”

The resulting pile-on was predictable enough, though it’s unclear if Spotify is planning to take any action. Earlier, Spotify has resisted pressure from employees who demanded multiple actions against Rogan over allegedly anti-trans guests and statements.

One focal point for the employee demands was an interview between Rogan and Abigail Shrier, author of Irreversible Damage: The Transgender Craze Seducing Our Daughters. In the interview, Shrier sharply questioned whether teenage (and younger) women should be allowed to undergo transitional surgeries and hormonal therapies at such an early, developmental period in their lives.

Rogan has also butted heads with Caitlin Jenner, particularly over a standup joke that Jenner transitioned after being driven insane by the Kardashian household. With Fallon Fox, however, Rogan has been far more serious in his criticisms. “First of all, she’s not really a she. She’s a transgender, post-op person,” Rogan noted back in 2013. “The operation doesn’t shave down your bone density. It doesn’t change. You look at a man’s hands and you look at a woman’s hands and they’re built different. They’re just thicker, they’re stronger, your wrists are thicker, your elbows are thicker, your joints are thicker. Just the mechanical function of punching, a man can do it much harder than a woman can, period.”

Notably, Rogan hasn’t backed down an inch despite the continued pressure — and has directly responded to demands from Spotify employees. “If you have a problem with people saying terrible shit and you work for Spotify, maybe you should listen to some of the lyrics [on Spotify-hosted songs]. Okay, because some of the lyrics and some of the fucking music that you guys play over and over and over again makes my shit pale in comparison.”