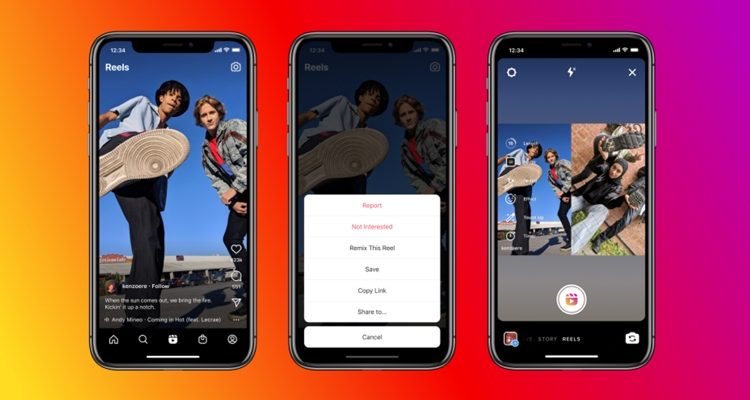 Instagram Remix on Reels is here, and it’s pretty much a direct clone of the TikTok Duets feature.

Remix allows users to interact or react to other video content on the platform while creating their own. The feature has been in public testing for some time but debuted to the public on March 31. Duets on TikTok serve to make the platform feel more like a social network. There are even a few hashtags related to duets, like #theduetwasbetter, when someone creates better content than the original person.

Users on TikTok take advantage of the Duets feature to sing, dance, joke, and act alongside videos on the platform. For example, users can sing a harmony with another user, or react to the content they see. The feature is so popular that Snapchat is also working on a ‘Remix’ of Duets for its short-form videos.

“Re-re-re-remix. Now you can use the Remix feature in Reels to create your own reel next to one that already exists. Whether you’re capturing your reaction, responding to friends or bringing your own magic to trends, Remix is another way to collab on Instagram,” the official tweet reads.

How to Use the New Instagram Remix on Reels Feature

Ready to start using Instagram Remix to create your own content based on someone else’s? Here’s how the feature works.

The feature is only available for newly uploaded Reels. Users who want to remix a reel that was uploaded before this change will encounter an error unless remixes are enabled, or it is re-uploaded. If you want people to be able to remix your old Reels, be sure to enable the feature.

Remixes appear alongside other reels recorded on the Reels tab of the Instagram app. You can also track who has remixed any of your videos by checking the Instagram Activity tab. New reels published by a public account are eligible to be remixed by anyone.