Why Are Musicians Still Leaving Royalties on the Table? It Usually Boils Down to These 3 Mistakes 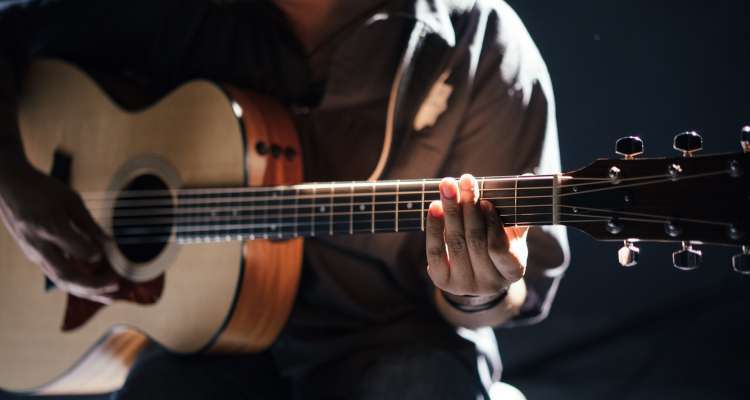 Minor mistakes and oversights frequently have a material impact on artists’ careers, particularly when it comes to royalties. But creators can quickly remedy the underlying issues – and bolster their earnings – when equipped with the right information.

The following was written collaboratively with Code 3 Records, a proud partner of Digital Music News.

Between recording new music, maintaining a digital presence, spearheading promotional efforts, and performing live, there are more professional obligations for artists today than at any other point in music history. Consequently, it’s difficult for creators to find time for each career consideration – and easy for them to neglect certain tasks while dedicating attention to other matters.

And for multiple reasons (the inherent creativity associated with being a musician chief among them), these neglected tasks often involve less-than-thrilling subjects that nevertheless contribute to long-term financial success. Here’s a quick list of three simple (and common) mistakes that cause many artists to miss out on royalties.

1. Failing to Become Familiar With Music Industry Terms and Concepts

Failing to become familiar with music industry terms and concepts is an all-too-common pitfall for modern creators. Needless to say, most regard conceiving ideas for music videos as more exciting than learning the ins and outs of performing rights organizations (PROs), but joining one of the latter is a mandatory precursor to getting paid for plays in public establishments as well as on the radio and streaming services.

Moreover, it bears reiterating that artists record music (and get paid royalties when these tracks’ masters are used), whereas songwriters write tracks’ lyrics and melodies, receiving payment for their use (not that of the recording itself, unless they also appeared on it).

Building upon the point, songwriters are paid mechanical royalties when their works are reproduced physically, played on streaming services and more. But contrary to the common belief, music publishing companies – not PROs including BMI, SESAC, and ASCAP – pay out mechanical royalties. Alternatively, self-published songwriters who don’t have a publishing company can register with entities such as the Harry Fox Agency to collect the compensation that they’re due.

2. Overlooking the Significance of Metadata, Which Has Everything to Do With Royalty Payments

Stated concisely, tending to metadata is a must for artists who want to receive the entirety of the royalties that they’re owed. Missing credits frequently result from missing metadata, which in turn contributes to a massive build-up of unpaid royalties. To be sure, streaming services forwarded a staggering $424 million in unpaid royalties to the Mechanical Licensing Collective (MLC) in February, and an estimated 95 percent of collaborators are uncredited (and therefore unpaid) on at least one work.

Organizing and compiling metadata is advisable, and several platforms exist to help artists, songwriters, and others quickly shore up their metadata and get credited for their efforts.

3. Opting Not to Consult a Royalty-Collection Agency

Lastly, many creators opt not to consult a royalty-collection agency, though the monetary upside of doing so is considerable. After indie musicians release their work on leading streaming platforms and elsewhere by utilizing a distributor (CD Baby, DistroKid, Tunecore, etc.) and tap a PRO to collect payments for public plays, they stand to benefit from turning to a royalty-collection agency, which will secure artists’ compensation for various other plays yet.

SoundExchange, for instance, collects performance royalties for both featured artists and those who own the underlying tracks’ master recordings. The Harry Fox Agency (HFA) specializes in obtaining mechanical royalties on behalf of songwriters as well as publishers themselves, as does Music Reports – albeit from different DSPs. HFA collects payments from Spotify and Apple Music, but Music Reports identifies plays on Amazon Music, Pandora, SoundCloud, and several other streaming platforms yet.

As initially noted, it’s immensely difficult to keep up with the many moving parts encompassed by careers in the contemporary music industry.

But doing so isn’t impossible, and finding time for the considerations today can pave the way for bolstered financial success from the creative side tomorrow.

Additionally, trustworthy resources and dedicated professionals are standing by to make the process as easy and straightforward as possible, so that creators can zero in on doing what they love while also maximizing their compensation.