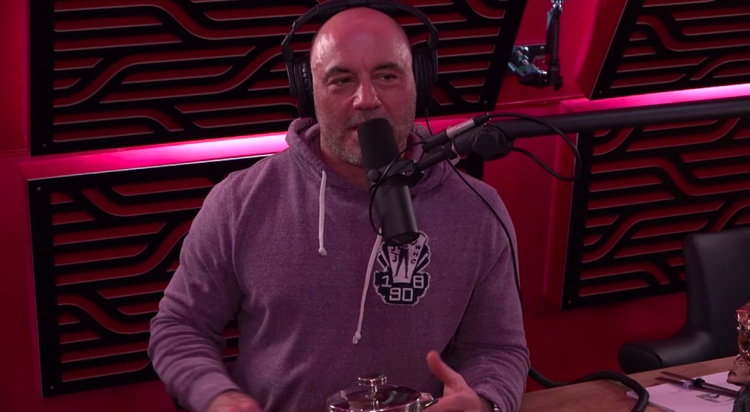 Spotify is continuing to remove episodes of The Joe Rogan Experience as part of their $100 million exclusive relationship, with more nixed shows discovered this week.

Among the newly-missing is an episode (#411) with Bulletproof Coffee founder Dave Asprey, a frequent guest on The Joe Rogan Experience. Strangely, Spotify has deleted three total episodes with Asprey for reasons that aren’t entirely clear.

One explanation for the removals is that Asprey frequently backs controversial anti-aging and scientific theories, including claims that Bulletproof Coffee is extremely healthy while other coffee brands are not. Asprey has designed the ‘Bulletproof Diet,’ and frequently criticizes coffee manufacturers for leaving high levels of damaging mycotoxins in their blends.

Asprey — who has predicted that he will live to the age of 180 — is certainly unconventional in his theories, though it appears that Spotify has decided to debunk his claims by removing his episodes entirely.

Also suddenly missing is a ‘Live from the Icehouse’ episode (#149) featuring Joe Rogan and Little Esther, Al Madrigal, Josh McDermitt, Brendon Walsh, Felicia Michaels, and Brian Redban. That sounds like a fun time, though perhaps one-too-many raunchy jokes were tossed around in the episode. Indeed, the episode may have simply contained one objectionable joke — but that was enough for Spotify’s editors to hit delete and remove the show entirely.

Also squarely making Spotify’s sh-t list is Chris D’Elia: in total, four separate episodes featuring D’Elia have been removed by Spotify. Others getting repeatedly nixed include Owen Benjamin, Joey Diaz, Gavin McInnes, and Eddie Bravo, all of whom have been repeat guests on The Joe Rogan Experience — and have had their shows removed.

Then, there are the more well-known removals. Alex Jones and Milo Yiannopoulos were notoriously stripped from the podcast early on, though Rogan tested Spotify’s censorship committee by re-inviting Jones onto the podcast in recent months. Spotify hasn’t removed Jones’ latest episode — not yet, at least.

It’s unclear exactly when the shows in question were removed, or why.

Spotify has offered no explanations for its removals, or even addressed the repeated complaints from Rogan fans. Joe Rogan, on the other hand, has confirmed that Spotify removed certain shows as a condition of their $100 million agreement with him. “There were a few episodes they didn’t want on their platform, and I was like ‘okay, I don’t care’,” Rogan shared in a recent interview with guest Fahim Anwar. Whether Rogan understood that several dozen shows were being removed — and may still be getting removed — is also unclear.

Of course, there are plenty of Spotify alternatives. But Rogan episodes have now been removed from all of them following his exclusive Spotify deal.