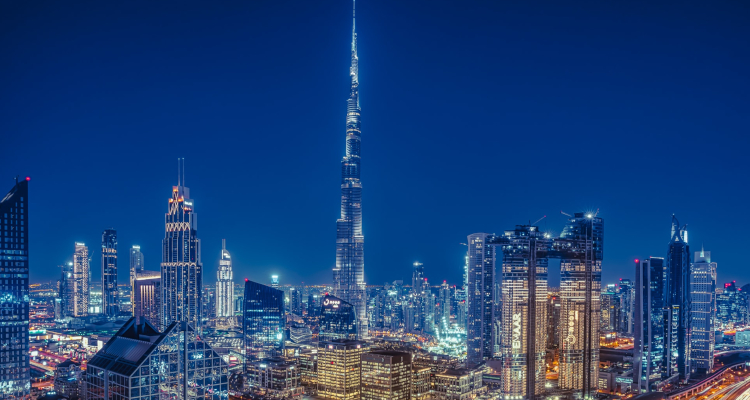 Ahead of its much-anticipated 2021 IPO, Universal Music Group has officially launched “Universal Arabic Music” with The Weeknd manager and XO Records CEO Wassim “Sal” Slaiby as well as Republic Records.

The Vivendi-owned Big Three record label announced the debut of Universal Arabic Music (UAM) today, in a general release. Wassim “Sal” Slaiby – who Anghami said has proven “instrumental” in his role as its international head of partnerships – will serve as both founder and CEO at UAM, which will work to discover and sign acts from throughout North Africa and the Middle East.

On this front, UAM is in the process of “building a team of experts who speak Arabic and have a deep understanding of Arabic music and culture,” according to the announcement message. Additionally, the newly minted label revealed its debut signing, Jordan-born singer-songwriter Issam Alnajjar, and touted the 17-year-old’s TikTok success, in one of several testaments to the depth of the platform’s professional relationship with UMG.

Slaiby has “also discovered and developed 19-year-old Palestinian-Chilean singer/songwriter Elyanna,” who rose to commercial prominence after releasing music on SoundCloud and who has since relocated to California. UAM intends to unveil more signings “soon,” per the text.

Addressing his new position at Universal Arabic Music in a statement, the Lebanon native Slaiby said: “It’s been my dream to highlight the talent and culture of Arabic music on a global level with partners that I trust and admire.”

As initially mentioned, Vivendi plans to take Universal Music Group public sometime this year, and in this way, the establishment of UAM is the latest in a line of moves designed to diversify and bolster the company’s earnings.

To be sure, Universal Music in recent months has quietly inked an expanded licensing deal with Boomplay, teamed up with Gibson on a publishing venture in China, and unveiled a multifaceted partnership with Big Hit/Hybe. These developments followed the 2020 arrival of 0207 Def Jam, a line of “music-based experiential hotels,” and a pair of content studios, to name just some.

More broadly, music-industry companies are continuing to ramp up their efforts to establish footholds in quick-emerging markets. Warner Music Group – which went public in what was 2020’s biggest IPO – confirmed its investment in Arab heavyweight Rotana Music in February, before closing a massive, multi-year licensing deal with Tencent Music and establishing Atlantic Records Russia in March.

On the streaming side, Spotify spearheaded a “sweeping expansion” to kick off 2021, arriving in north of 80 new nations – including many African states. Paris-headquartered Deezer, which is owned by WMG parent Access Industries, then revealed that it would halve the monthly cost of subscriptions for fans in Nigeria and Kenya, which are home to a combined total of approximately 250 million individuals.

The aforementioned Anghami, for its part, bills itself as the most popular music streaming service in North Africa and the Middle East and detailed plans to arrive on NASDAQ after merging with the Vistas Media Acquisition Company (traded as VMAC).