The Hollywood Bowl Is Officially Reopening for the Summer 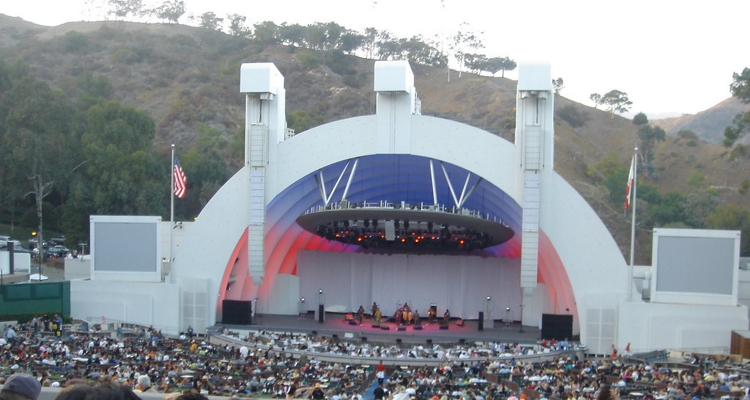 In addition to unveiling the promising news in a series of tweets – fans and musicians alike stand to benefit from the return of traditional live-music events – The Hollywood Bowl detailed its ambitious summer reopening plans in a standalone webpage. The venue, which can accommodate a maximum of 17,500 attendees at once, intends to kick off “14 weeks of concerts featuring a mixture of programming” in July.

These shows’ artist lineups, dates, and ticketing specifics will become available on Tuesday, May 11th, according to the nearly century-old venue. Moreover, the Hollywood Bowl emphasized that California’s plan to roll back most COVID-related restrictions by June 15th presents “some uncertainty about what this summer will allow, and we are currently reworking our plans for the season.”

On this front, the establishment will welcome back limited-capacity crowds of about 4,000 next month, as well as hosting “four free concerts for healthcare workers, first responders, and essential workers as a gesture of thanks for all they have done for Los Angeles throughout the pandemic.”

Plus, the Hollywood Bowl intends “in the coming weeks” to publicly detail “a reopening plan that includes distancing procedures, mask policy, contactless ticketing, and cleaning and sanitation schedules, among other safety protocols.” Fans will have the chance to apply 2020 ticket credits to shows this year or, alternatively, carry the credits over into 2022.

In a broader sense, a number of artists and entertainment-industry professionals are finalizing plans to resume performing before physical crowds, in what appears to be a clear-cut indication of live music’s imminent return.

Insomniac Events’ inaugural Abduction music festival is slated to take place in Orlando tomorrow, while comedian Bill Burr this week revealed that he’ll embark on a 21-stop tour beginning in July. Country star Jason Aldean, for his part, is preparing to perform a pair of socially distanced outdoor gigs in mid-May.

Finally, in terms of newly announced concerts, Rüfüs Du Sol has announced plans to play LA’s 22,000-capacity Banc of California Stadium in November, while Andrea Bocelli is set to go on tour in October. EDC Las Vegas remains scheduled for May 21st to 23rd, 2021, Insomniac’s founder and CEO, Pasquale Rotella, reiterated on Instagram yesterday; Insomniac has an array of other festivals yet, including Day Trip, booked throughout the remainder of the year.

Worth noting in conclusion is that the 2022 concert calendar is rapidly filling up as well – meaning that scheduling overlaps and logistical considerations could become real concerns for promoters, artists, and fans alike.

Rage Against the Machine and Run the Jewels have arranged their joint tour to run through late March and mid-August of 2022, and Live Nation said in February that The Weeknd had sold approximately 1,000,000 tickets to his 104-stop After Hours Tour, which is expected to initiate in Vancouver next January.