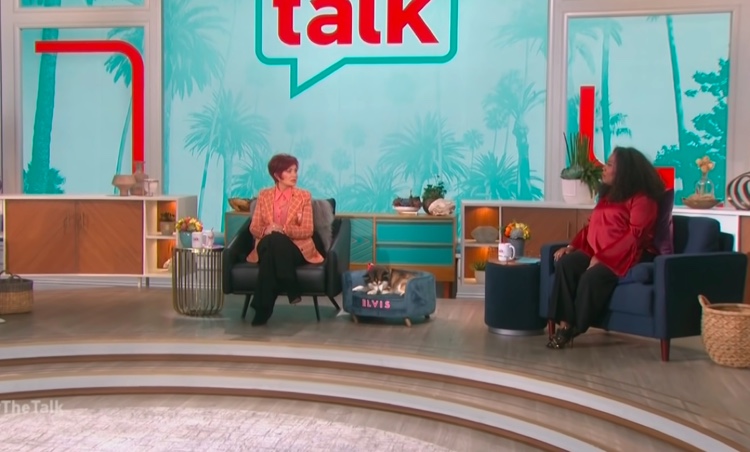 What started as a discussion about Piers Morgan — and ended with a heated exchange over race in general — has now dramatically altered the career of Sharon Osbourne. During the March 10th episode of The Talk, Osbourne defended Piers Morgan and his opinions on Megan Markle, while sharply questioning whether it was fair to call her a racist. Earlier, Morgan had been fired from Good Morning Britain after sharply criticizing Markle and questioning her claims during her earlier interview with Oprah Winfrey.

Osbourne, after first defending Morgan on Twitter, was immediately put in the hot seat by The Talk cohost Sheryl Underwood. Osbourne, who claimed she was ambushed on-air, bristled back: “Educate me, tell me when you have heard him say racist things,” Osbourne asked Underwood. “I very much feel like I’m about to be put in the electric chair because I have a friend, who many people think is a racist, so that makes me a racist?”

That was the start of a long back-and-forth between the two women, with little resolved. Shortly afterward, Osbourne was fired and the show was placed on indefinite hiatus.

Now, the show it back on-track without Osbourne. But Underwood says the debate caused her ‘trauma’ and ‘PTSD’ that she’s trying to overcome.

Underwood cold-opened the April 12th show by noting that Osbourne had voluntarily left The Talk, while pointing to a damaging experience. “I feel like I’ve been in, like, PTSD, because it was a trauma,” Underwood relayed, while thanking her remaining cohosts and audience for allowing a “safe space” to debate the issues.

“I didn’t want to escalate things with Sharon because I thought I was having a conversation with a friend, but also I knew I had to be an example for others to follow because I didn’t want to be perceived as the angry black woman, and that really scared me,” Underwood said. “I didn’t want to be that, and I wanted to remain calm and remain focused, and it’s difficult to go back to that day because I just feel the trauma. I feel fearful, apprehensive.”

While the show itself went dark, the debate between the pair didn’t stop on March 10th. In the days following Osbourne’s dismissal by CBS, Underwood claimed that Osbourne never called to apologize. That’s a claim Osbourne sharply contested — while publishing unanswered text messages to prove it. Now, the question is whether The Talk can soldier past the controversy, and resuscitate its sagging daytime ratings.