What Do Spiderwebs Sound Like? Scientists Create Music from Their Vibrations 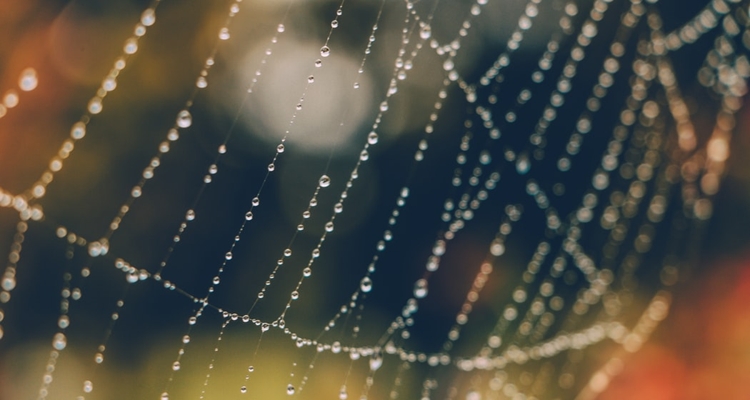 Do you know what a spiderweb sounds like? Scientists have turned these complex arachnid hunting grounds into ‘instruments’ for the first time.

Spiders use the vibrations picked up on their webs to hunt their prey. But what would a spiderweb sound like if you could pluck it like the strings of a harp? Researchers have done just that thinking about the web and modeling it as if the individual threads were vibrating objects, like strings.

“What we’re trying to do is expand how we generate sound in music and how we compose music,” Markus Buehler, an MIT engineering professor says. He presented his team’s findings about the spiderweb data sonification research at a meeting of the American Chemical Society.

The sound in the video is one of the constant rustle of bells. Researchers have several with the 3D sounds, one tailored to spider’s perspective. The process of sonification turns data into interpretable sounds. But given that’s how spiders mostly interact with their environment – spiderwebs have a very deliberate sound.

Buehler worked within the range of sounds that can be heard by the human ear. They used the physics of the spiderweb to assign audible tones to each string’s unique tension and vibration. Each string’s tone is then created in an interactive model of the web that can produce sound when manipulated in VR.

“You hear something that in the beginning sounds quite dissonant for the human ear. But after you spend some time in the web, it becomes strangely familiar,” Buehler told scientists attending the conference. “When you go to one of our concerts, you go back to our car to drive home, and you listen to some music on the radio or your cell phone, and it sounds kind of weird,” he admitted.

Buehler hopes that the data sonification of spiderwebs sparks more audio research. “It shows that our human reference system isn’t the only one. For something like a spider, there’s a whole different way of experiencing the world, and now we have an ability to see that.”

Now, spiders aren’t creating any headbangers that you’ll get stuck in your head at 3 am. But the sound is something that’s worth hearing. Give it a listen below.

Buehler wants to involve a long-time collaborator to get spiders’ response to the sounds. They plan on returning to the lab after the pandemic to generate spider sounds with AI and test actual spiders’ reactions to those sounds.