NFT Auction Raises $200K for ‘Save Our Stages,’ Round Two Coming Tomorrow 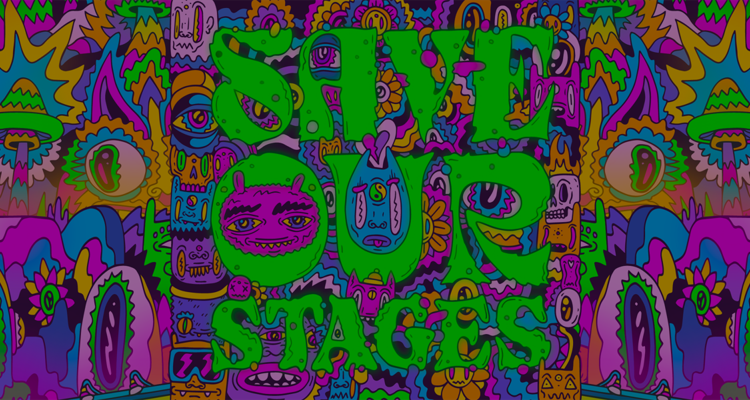 An NFT fundraiser for ‘Save our Stages’ raised more than $200,000 last week. Second round incoming.

The National Independent Venue Association (NIVA) and Goldflyer are teaming up with Nifty Gateway for the second drop. It’s happening Friday, April 16 at 1:30 pm ET and will feature several artists who have supported the cause so far.

Dillon Francis, Tycho, Tove Lo, and others are lending their likenesses for an NFT portrait called ‘Nifty for NIVA.’ The piece was created by artist and musician Young & Sick, with all proceeds going to NIVA’s efforts to help music venues stay afloat.

Those 10 venues will now benefit and the NIVA is seeking to raise more money for other venues. Shawn Mendes said he’s thrilled to be a part of the fundraising effort. “I’m so thrilled to be able to support independent venues like the historic Troubadour with this fundraiser.”

“We are all missing live shows right now, and we need to make sure when touring comes back, that the venues we all love have the support they need to stay open, especially the small independent venues that fuel new artists breaking and earning a living,” he continued.

Dayna Frank, President of NIVA and the CEO and owner of First Avenue in Minneapolis, was happy to see so many artists supporting the ‘Save our Stages’ NFT fundraising efforts.

“This NFT drop included such an incredible collection, and the fact that so many of the winning bids were placed by artists who have connections to the independent venues, it’s just really special. Now, these artists are stepping up and supporting the cause even further with this additional NFT portrait drop benefitting NIVA. It’s an honor.”

Goldflyer is a fundraising initiative put together by Neon Gold Records, Venue Group, and All Things Go, in collaboration with NIVA and ten iconic live venues across the country. The live venues benefitting from the first NFT fundraiser include the 9:30 Club, Bowery Ballroom, EXIT/IN, First Avenue, The Independent, Mohawk, The Metro, Neumos, Tipitina’s, and The Troubadour.