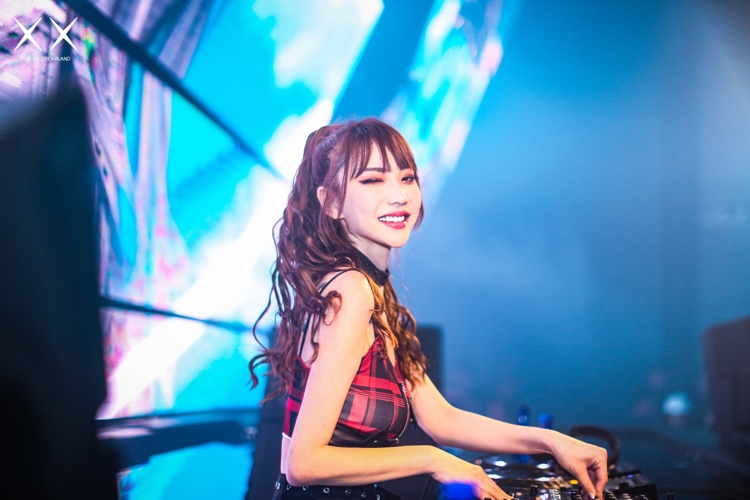 Envisioned by Jonathan Serbin, CEO of Warner Music Greater China, Whet Records will collaborate with developing artists as well as various DJs and producers, offering both a distribution foundation and range of artist growth services.

Zoe Yang was chosen as Whet Records’ China Division head; her experience includes leading EDM events in this area that include EDC China and Ultra Music China. Yang will co-direct with Jonathan Serbin, who brings more than 20 years of dance music industry involvement to this new endeavor. As the previous head of Mixmag Asia, Serbin has produced an array of auspicious electronic albums featuring both Western and Asian artists.

The release of Wang’s first global single on Whet Records, “Flexy,” is an anthem to female empowerment and features the Norwegian Warner Music artist, Julie Bergan.

Wang says that she is “excited to join the team at Whet Records and Warner Music.” She also declared that the Chinese region has been lacking a Pan-Asian dance label and that Whet Records is the perfect platform. Wang says she is “looking forward to sharing my music with fans.”

Jonathan Serbin concurs that Warner Music China and Whet Records are very “proud to announce the signing of Lizzy Wang.” Serbin says he firmly believes that Wang’s dynamic presence on stage and passion coupled with her producing skills make her a natural fit for the new label. He also reiterates that she has a track record of drawing major crowds in China and Whet Records will only help to increase Wang’s following throughout Asia and worldwide.

The President of International Recorded Music, Simon Robson, also weighed in on the inception of Whet Records and surmised that it will bring together the formidable strength of Warner Music’s entire music organization and level of expertise. Robson praised Jonathan Serbin for working quickly and efficiently to put the entire endeavor together.

In the last decade, the popularity of Asian dance music has accelerated rapidly.

Asian artists have found more and more opportunities to feature their talents at the growing number of electronic music festivals to grow their fan bases. This includes the expanding club culture in the Asian region for featuring hundreds, if not thousands of DJs.

Before the pandemic erupted, some international festival brands leading the electronic music craze such as Electric Daisy Carnival (EDC), Creamfields, and ISY Music Festival spread out around the Asian continent. Now, these events and more are arranging their return.