Apple Music Now Pays One Penny Per Stream — According to Apple 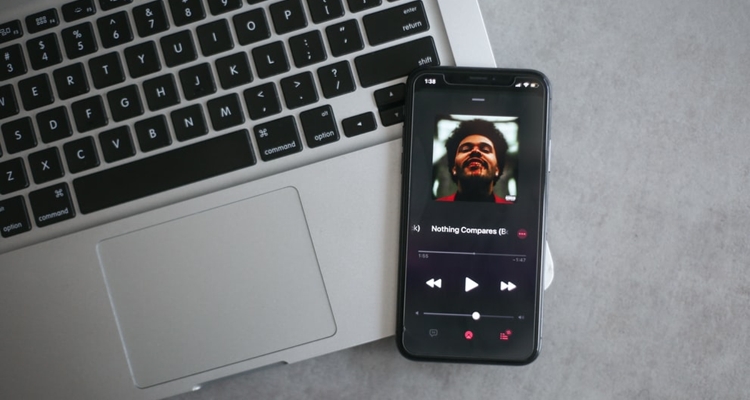 How much does Apple Music pay per stream? According to Apple, Apple Music streaming royalties are nearly triple what Spotify pays artists — and likely a lot more.

So, how much does Apple Music pay per stream? Now have a decisive answer: one penny per stream. Apple Music recently sent a letter to artists, labels, publishers, and other stakeholders confirming the amount. The disclosure was uploaded today via the artists’ dashboard in Apple Music and was also delivered to partner labels and publishers. It’s a more transparent look at music streaming royalties between the two behemoths in the space.

Just last month, an artist activist group demanded that Spotify pay artists one penny per stream, a request that was flatly dismissed. Indeed, Spotify has actively committed to fighting the penny-per-play push coming from the Union of Musicians and Allied Workers, who organized a protest outside Spotify’s offices in New York.

But instead of dismissing the notion, Apple is now embracing the penny-per-play rate structure — and putting it in writing. Apple Music’s penny-per-stream royalty rate is roughly double or triple what Spotify pays per-stream, according to stats culled over the years by Digital Music News.

The protest was in response to Spotify’s ‘Loud and Clear’ website, which the company claims brings transparency to its royalty structure. But as the UMAW points out, the website doesn’t address Spotify’s multiple sources of income from subscriptions, ads, payola schemes for playlist promotion and algorithm prioritization, or any other income streams.

Spotify’s royalty rate is calculated by Digital Music News to be around $.0038 to $.0056 per stream.

Apple Music paying a penny per stream is exactly what many artists are demanding. It’s a direct dig at Spotify that highlights Apple pays artists more – a whole lot more. Apple’s payments come out of its monthly subscription revenue from users, which could cause fluctuations.

Apple’s approach is far more transparent than Spotify’s, a stance that could lure more artists (and users who want to support artists). Spotify doesn’t like to share per-stream data, those Apple Music is clearly disclosing how much it pays per stream to artists, labels, and other stakeholders.

Apple was careful to note that it pays the exact same percentage of its royalties to labels and publishers as Spotify — which works out to roughly 52 cents on every dollar for labels. For signed artists, that money needs to funnel through their labels, a pass-through that neither Apple nor Spotify controls. The difference, however, is that Apple has always had a paid-only model — something the company has insisted upon from the start — which means the top-level amount is always greater than Spotify’s.

While Apple says it pays 52% of subscription revenue, or 52 cents on every dollar, to record labels, Spotify generates revenue from subscriptions and its ad-supported tier and pays ‘two-thirds’ of every dollar of revenue to the rights holder. That ends up working out to a very similar payout percentage, though Spotify’s per-user (and per-stream) revenue baseline is far lower.

There’s also a fair amount of hair-splitting happening after the disclosure. Spotify is already on the defensive, first by claiming that per-stream calculations are irrelevant, though in fairness, artists are paid based on how many streams they generate (which is then multiplied by the per-stream rate received). The other counter-argument Spotify offers is that its volume is higher, though Apple and Spotify have been neck-and-neck in the American market, with Apple surpassing Spotify’s US-based subscriber count at one point.

Currently, Apple Music has more than 60 million Apple Music subscribers. Spotify has around 155 million Premium subscriptions out of 345 million total active users on the platform. Amazon Music Unlimited has around 55 million subscribers and is growing quickly to catch up with Apple.

Accordingly, Spotify pays much more revenue to the music industry than Apple does, simply because it has many more users. But Spotify’s average per-stream payout rate is lower because the ad-free tier doesn’t generate as much revenue as its subscription does.

The pandemic’s massive effect on the live touring industry has artists scrambling for new revenue. It also has them looking at music streaming as a potential revenue source, which has grown in the last year. Sadly, streaming remains an incredibly poor substitute for touring, especially since it can’t be used to stimulate live concert revenues. That is putting far more pressure on artists to generate more revenue online, and is likely leading to the scrutiny placed on Spotify’s per-stream payouts — as well as Apple’s.

Here’s a look at the letter from Apple, which squarely answers how much Apple Music does pay per stream.

“As the discussion about streaming royalties continues, we believe it is important to share our values. We believe in paying every creator the same rate, that a play has a value, and that creators should never have to pay for ‘featuring’ music in prime display space on its service,” Apple shares.

Then, later in the letter: “Our average per play rate is $0.01. While royalties from streaming services are calculated on a stream share basis, a play still has a value. This value varies by subscription plan and country but averaged $0.01 for Apple Music individual paid plans in 2020. This includes label and publisher royalties.”