The ACM Awards Suffers Its Lowest Ratings In History 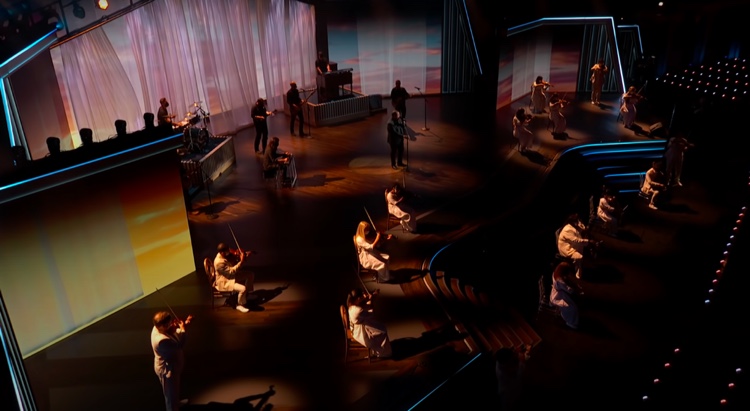 The 56th annual Academy of Country Music Awards — aka the ACM Awards — suffered a brutal ratings plunge on Sunday night.

The ACM Awards became the latest music awards show to plunge in the ratings, though this drop appears especially severe. The annual country music awards gala pulled a modest 0.8 rating in the critical 18-49 demographic, while drawing an unexpectedly-low 6.08 million total viewers according to preliminary Nielsen numbers. That is the lowest-rated and least-watched ACM Awards in the 56-year history of the event.

The double-whammy represents a blow to both the Academy of Country Music and CBS, especially given the greater reliability of country music audiences. The latest ratings represent an 8% drop in total viewers in 2020, and a 20% ratings tank year-over-year.

Those declines raise more questions about the viability of traditional music awards shows, especially following a difficult showing for the Grammys. Like the ACM Awards, the Grammys also suffered all-time ratings and viewerships lows, though the marquee awards show was forced to reschedule amidst COVID-related concerns.

But the ACM Awards also weathered a serious controversy this year after banning Morgan Wallen from the event, a move that drew howls of protest and calls to boycott the telecast. Of course, controversy oftentimes sells — and draws lots of new viewers — though the net effect of the Wallen fallout was clearly negative. The ACM Awards declared Wallen ineligible for any awards following his use of a racial slur in February, a move complicated by record-setting sales by the Tennessee-based singer.

In the weeks leading up to the event, the Academy of Country Music also took steps to ensure that Wallen’s name wasn’t mentioned before, during, or after the show itself. That plan was successful — Wallen basically didn’t exist during the telecast — though the move may have taken a serious toll on the show’s ratings.

Morgan Wallen himself has been keeping a low profile over the past few months. But the singer reemerged last week to cancel all of his summer shows and festivals, including opening dates with Luke Bryan and multiple Country Thunder events. “I’ve found this time away to be very valuable to me in many ways, but I feel like I need a little more of it — therefore, I will not be performing tour dates this summer,” Wallen wrote his fans in a lengthy Twitter post.

But while Wallen remains off-the-road and banned by the ACM Awards, others are letting him back in. That includes Spotify, which has been slowly reintegrating Wallen into various country playlists (but not its marquee Hot Country playlist). Elsewhere, broadcast radio stations across America have also been reinstating Wallen into their rotations, though major radio conglomerates remain hesitant to reintegrate the controversial star. Wallen was never dropped by his label, Big Loud/Republic (Universal Music Group).