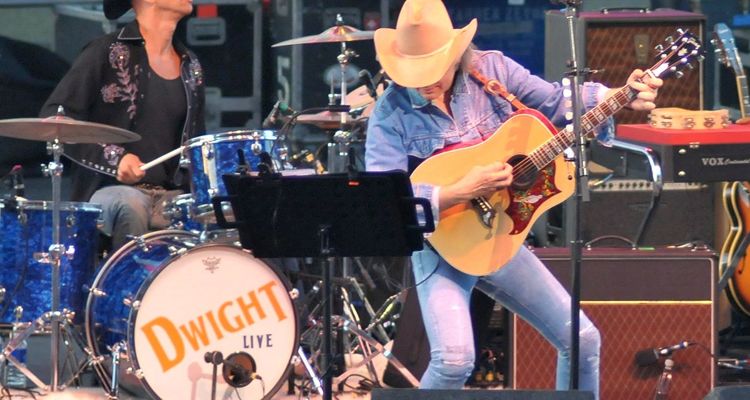 Yoakam’s lawsuit against WMG seeks to reclaim the rights to his debut album. However, WMG says the singer doesn’t own the rights to two of the songs on the album and that his other claims are ‘without merit.’

Guitars, Cadillacs, Etc., Etc., is Yoakam’s 1986 debut album and topped the Billboard country charts. The single, “Honky Tonk Man” is largely responsible for that, since Johnny Horton popularized it. Yoakam does not own the copyright to that song, or the track, “Miner’s Prayer” – which WMG argues invalidates the lawsuit.

Dwight Yoakam filed the lawsuit against Warner Music Group on February 9. In the suit, Yoakam claims he has made multiple requests to reclaim his ownership rights to songs on his debut album. He alleges that those requests have been denied or ignored by Warner Music Group, Warner Records, and Rhino Entertainment.

Yoakam’s legal team argues that his basic right to recapture his copyrights is granted by the Copyright Act of 1976. They argue that Warner is obstructing those rights and has “already made millions of dollars off the works of Mr. Yoakam.”

Rhino Entertainment pulled the album from streaming services on January 31. However, “Honky Tonk Man,” is still available to stream as part of the soundtrack of Ken Burns’ Country Music documentary. Mr. Yoakam insists this is without his permission.

Yoakam says the album is still available via Napster and the album’s lead single, “Guitars, Cadillacs,” is still on Warner Music’s official YouTube channel without his permission or requisite licenses. On March 29, Dwight Yoakam filed an amended complaint seeking the termination of other songs.

Warner Music Group argues that the Dwight Yoakam copyright termination requests are both premature and late.

That’s because the copyrights for these songs don’t come due until closer to 2030. The Copyright Act allows authors to terminate their grant of copyright during a five-year window starting five years from the end of 35 years from the date of the grant. Warner aruges that one of Yoakam’s requests came too late – just five days too late.

Warner’s attorney argues that Section 203 allows copyright holders to regain their rights after a statutory period. They argue that Yoakam needed to serve his notice two years prior to that date, “no later than January 31, 2019. Yoakam’s notices were received on February 5, 2019. Warner Music says the ‘error’ by Yoakam’s team “cannot overrule the timing requirements that Congress has adopted.”

Warner Music Group is now asking the court to dismiss all claims. A hearing is set for May 10 for Warner’s request.