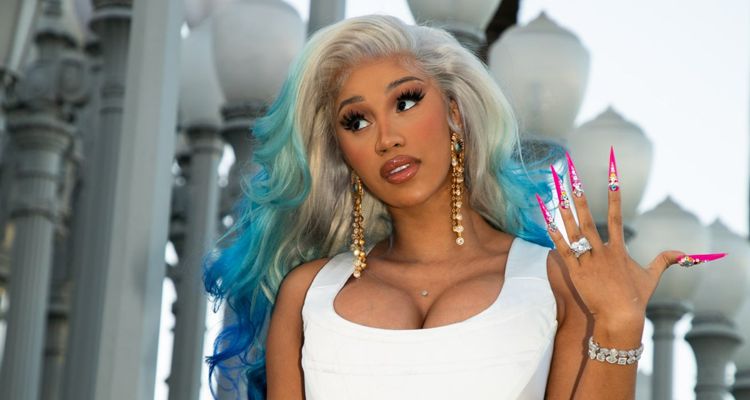 The FCC has received over 1,000 complaints about Cardi B and Megan Thee Stallion’s “WAP” performance at the Grammy Awards.

The number one hit was performed live during the Grammys last month, with most curses bleeped. But despite the censored show, the FCC still received thousands of complaints. The duo sang “Body,” “Savage,” “Up,” and “WAP.” For the final song, both Cardi B and Megan Thee Stallion performed from a massive bed. Many FCC complaints said the broadcast wasn’t appropriate for children.

“Felt violated with Megan Stallion & Cardi B’s performance,” one of the FCC complaints begins. “I am pro-sex-positivity, and body positivity, but this performance crossed the line into pornography.”

“Many kids still awake at the time, and even non-consenting adults were unexpectedly staring at pure objectification of women at its finest. Objectification perpetuates violence against women, maintaining the ripple effect that causes domestic violence, human trafficking, and encouraging the consumption of women and then the disposal.”

Another email from a Virginia resident said the performance was “disgusting and the thought of young children possibly viewing it horrifies me.” Other viewers asked why CBS would allow the performance to be broadcast in the first place.

“I hope you in some way will attempt to end the vulgar, deplorable trash that was presented on national TV called the Grammys,” someone from Michigan wrote to the FCC. “If you’re not able, then just rename it to something more in line and appropriate to what it actually was… LivePorn.” Another California resident threatened to take legal action if CBS did not stop portraying ‘pornography.’

While the FCC backlash to “WAP” was huge, it’s still dwarfed by Janet Jackson’s ‘wardrobe malfunction.’ When that happened, the FCC received a whopping 54,000 complaints that were justified – actual nudity had been broadcast on live TV.

Cardi B and Megan Thee Stallion’s performance was a lightning rod for controversy after it aired. After the music video for the song debuted, it drew national criticism from conservative spaces. Fox News host Tucker Carlson called the song ‘garbage’ and said the two women “should be ashamed of themselves.”

Fellow artist CeeLo Green chimed in agreeing, saying there is a time and a place for adult content. Green called modern music “personally and morally disappointing.” The song is raunchy, but the neutered version that aired during the Grammys was anything but. In fact, compared to Janet Jackson’s gaffe – Cardi B’s “WAP” performance might as well have flown under the radar.