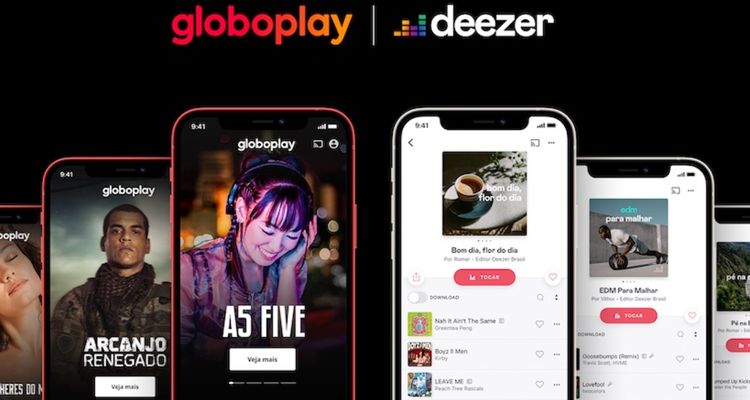 Deezer has inked a partnership with Globoplay, a Netflix competitor, in Brazil for a bundled package.

Both companies will work together to bring users video streaming and music streaming under one subscription price. This partnership is the first part of a broader one that will cover marketing, content, and technology.

Globoplay is expanding its reach in Brazil into audio with several podcast partnerships. The company has also produced its first original Globoplay podcast, produced and narrated by journalist Sônia Bridi. It will be available to stream on G1 and Deezer in Brazil.

With the partnership, all of Globoplay’s users will be able to subscribe to Deezer Premium free for 12 months.

That gives all of the estimated 6.5 million paying subscribers access to Deezer for free for a year. Deezer hopes the deeper integration between video and audio will make the partnership worthwhile in the long run. Indeed, Digital Music News has already reported extensively on subscription fatigue and how it affects price perceptions.

Deezer Chief Commercial Officer Laurence Miall-d’Aout says the firm is uniquely positioned to be a global player in audio for entertainment brands. “Working with Deezer enables brands to offer their users one of the best music apps on the market, combined with the best local and international music catalogue in the world. We are also uniquely positioned to offer partners flexibility and speed, which lets us succeed together.”

“It is a great joy to have Deezer on board with us on The Voice Brasil 2021,” adds Manzar Feres, director of integrated business at Globoplay parent, Globo. “A music reality show and an audio streaming platform are a perfect match between brand and content. May this be the first of many initiatives together.”

Deezer is a somewhat niche music service in the United States, mostly focused on hi-fi audio. Partnerships like this can help Deezer become a better value in other markets. Think of it like Netflix and Spotify teaming up to offer a single subscription for their video and audio content.

Would you pay more for that after a year of getting Spotify for free? Chances are you would – especially if the two produced unique content for their combined platforms. It will be interesting to see if video streaming and music streaming team up here in the United States in the same way. Spotify has launched a partnership with Facebook to make its content available there – which is similar.