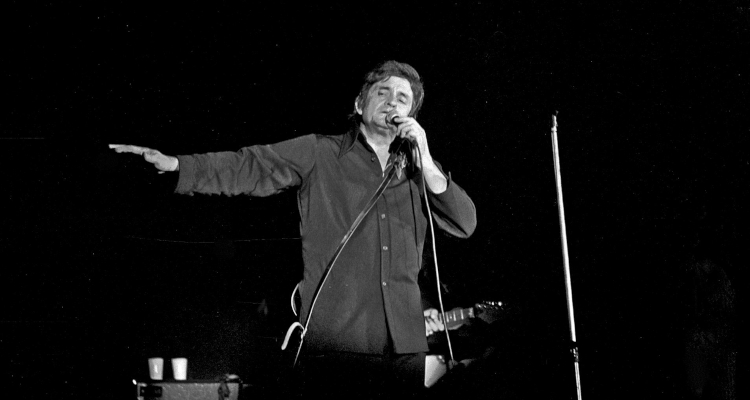 The Arkansas State Legislature has voted unanimously to create an official “Johnny Cash Day” on the “legendary” musician’s birthday.

Also worth noting is that local government officials installed a marker outside the “Ring of Fire” artist’s birthplace last month, though it’s unclear whether the Johnny Cash Day legislation prompted the move. And as another interesting aside, Johnny Cash received the National Medal of the Arts 19 years ago today, on Monday, April 22nd, 2002.

The concise bill notes that the 13-time Grammy winner (and 35-time nominee) Cash “contributed to the musical history of the United States and Arkansas,” besides emphasizing that Cash’s childhood home in Dyess, Arkansas – which was originally established as a New Deal colony – “had a significant impact on his life and music” and remains a tourist attraction today.

Consequently, the proposed holiday (February 26th, once again) would “honor the musical contributions of John R. ‘Johnny’ Cash to the United States and Arkansas,” as a memorial day as opposed to a legal holiday, on which the governor “may issue the appropriate proclamation.”

The Arkansas State Senate unanimously approved the legislation one week ago, records indicate, with 31 lawmakers having voted in favor of the measure (there were three non-voting senators and one excused absence, however). 92 members of the Arkansas House approved the bill (with eight non-voting members) on Tuesday the 20th, and the Johnny Cash Day legislation made its way to Governor Asa Hutchinson’s desk yesterday.

At the time of publishing, Governor Hutchinson – who held a vaccine-centered press conference this morning – hadn’t yet signed the Johnny Cash Day bill, though his office has signaled that he will do so, per local reports.

It bears mentioning on this front that the governor in November of 2020 announced that over half of a million dollars had been raised to replace Arkansas’s existing statues (of lawyer Uriah Milton Rose and former governor James Paul Clarke) in Washington, D.C.’s National Statuary Hall. In their place, the fundraiser’s organizers intend to install statues of civil-rights activist Daisy Bates and Cash.