Action Bronson on NFTs: “45 People Have Tried to Explain It to Me — What Does It Mean?” 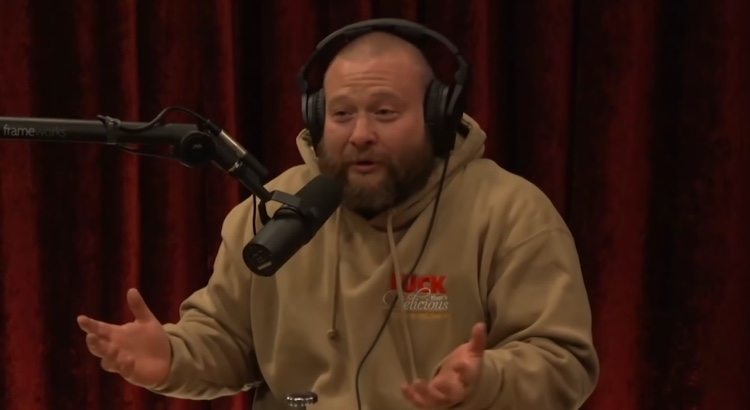 Rapper and world-class chef Action Bronson has just one question about NFTs: What the f—k are they?

For those befuddled by the current NFT craze, you’re not alone. Now, rapper Action Bronson is the latest to admit that he has no idea what any of this means.

On a recent episode of The Joe Rogan Experience, Rogan bluntly asked, “can somebody please explain NFTs to me?” Bronson quickly expressed his frustrations trying to understand the ‘non-fungible token’: “45 people have tried to explain it to me,” Bronson relayed. “I have no idea what any of you are saying. What does it mean?”

“We need to get that Beeple guy on, that dude made $69 million from an NFT,” Rogan suggested, referring to the artist that sold the artwork and accompanying token for Everydays: The First 5,000 Days for a jaw-dropping $69.3 million at a Christie’s auction last month.

Jamie offered a tentative “yes and no” response, before revealing that he had sold a pair of his own tweets for over $5,000 each. He also noted that one of his tweets received a bid for over $1 million, though Vernon suspected that the bid came from someone who had just purchased the tweet to spike the price.

“I think it was the person who bought them from me to try to create some attention, but then there was a bid [on one of the tweets] for over $1 million,” Vernon continued.

Make sense? “What the f—k is going on? What does that mean!?” Bronson continued. “I f—kin’ lose my mind when I hear this, it’s like whaaat? I have so many things that could be this, what do you want? What do you want from me, just take it! What do they want? I have 75 different things that I have right here on the phone, can you show me what this is?”

“I think it’s more evidence that the simulation is real. We’re in a simulation,” Rogan jumped in.

“But why do some people get it and I don’t? Why don’t I get it?” Bronson continued.

“I don’t think anyone gets it, I think they fake it,” Rogan said. “I think it’s like quantum physics. It’s like what [theoretical physicist] Richard Feynman says, if you think you understand quantum physics, you don’t understand it.”

The candid admission is undoubtedly shared by others.

SNL recently lampooned the NFT craze and the confusion that surrounds it, and they’re not the only ones. Amidst the confusion are some serious concerns that NFTs are a beautiful modern-day scam, and the latest blockchain blowup that will inevitably burst. Already, Beeple’s stunning NFT sale has reportedly been compromised, and serious questions surround the ability to protect a digital asset that — by its very nature — can be duplicated ad infinitum.

Still, plenty of artists and companies within the music industry and beyond are cashing in (or at least hoping to). That includes a range of one-off NFT sales and the emergence of NFT marketplaces, with multi-million dollar overnight cash-outs impossible to ignore.