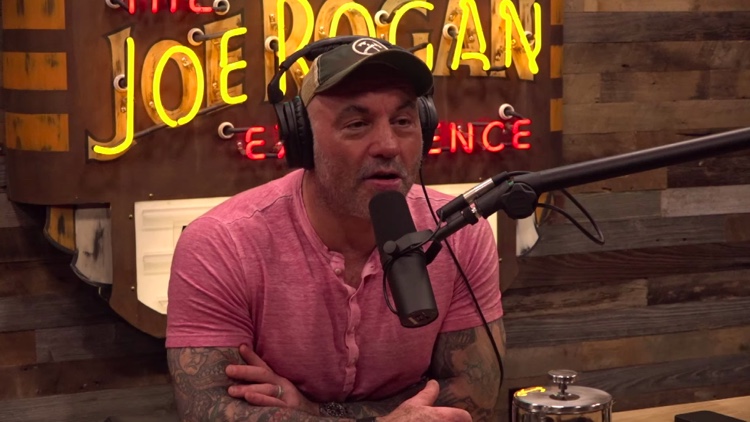 Joe Rogan has now revealed that the prospect of getting demonetized, de-indexed, or outright censored by YouTube was one of the factors that led him to sign his exclusive $100 million deal with Spotify.

YouTube wasn’t the only place to find Joe Rogan before he signed with Spotify — but it was certainly one of the most important ones. Now, Rogan has disclosed that the possibility of getting censored by YouTube was one of the reasons he signed his exclusive Spotify deal.

“By the way, Tim Dillon has been almost completely demonetized on YouTube,” Rogan told guest Dave Smith on a recent episode of The Joe Rogan Experience. Dillon is a stand-up comic and podcaster who has nearly 300,00 YouTube followers, but was stripped of advertising for saying the wrong things.

“So if you love Tim Dillon the way I do, support his Patreon,” Rogan continued. “They won’t let him make any money on YouTube. It’s hilarious, it’s too controversial.”

“Well that’s the problem — that’s the next thing that people like that are going to have to deal with,” Smith replied. “I’m going to face that I’m sure in the next few years at some point.”

“Well, that’s one of the things that spurred my decision to go to Spotify,” Rogan then revealed, without elaborating further.

It’s unclear if Rogan was threatened with YouTube demonetization or content removals prior to signing his Spotify contract. Either way, Rogan clearly sees an issue with efforts to muzzle comedians and non-conforming thought.

Instead, Spotify immediately demanded the removal of certain shows as a condition of their exclusive deal. Rogan later admitted that he agreed to those removals, while downplaying the total number. After those comments, it was quickly discovered that more than 40 shows had been deleted.

Beyond that, activist Spotify employees pushed for more removals, as well as direct editorial oversight over Rogan’s future episodes. Spotify management has pushed back against those demands, and appears hesitant to remove additional podcast episodes. But this seems like an ongoing fight, with Rogan potentially chilled by Spotify’s earlier removals and oversight demands.

Most of the older YouTube episodes were ripped down, though teaser clips of newer shows were used to draw listeners into Spotify. That approach was designed to retain Rogan’s sizable YouTube-based audience, though it’s not clear that fans are making the migration. Instead, many have complained that Spotify’s interface is clunky and devoid of fan interaction. Just last week, we reported that Google searches for ‘Joe Rogan’ have dropped more than 40% since he migrated to Spotify.