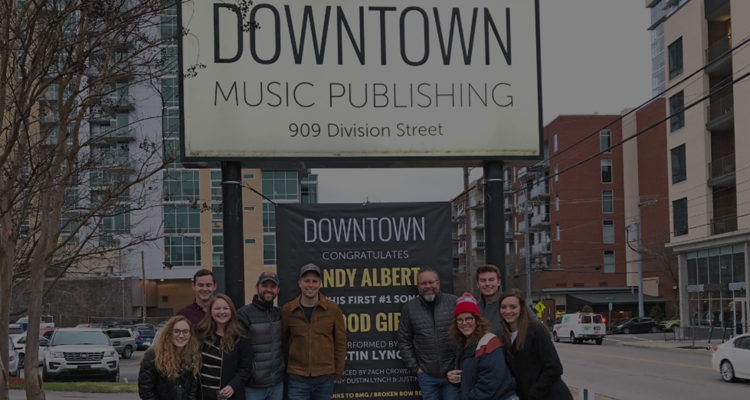 Downtown Music layoffs have begun shortly after the sale of its 145,000 song catalog. Here’s what we know.

A ‘number’ of its Nashville employees have been let go, including Executive VP A&R Steve Markland. He was the highest-ranking staffer in the Nashville office and is pictured above in a press release photo from 2019.

“As part of Downtown’s strategic shift towards music services, a limited number of job functions have been deemed redundant,” the publisher said in a statement. “Where possible, we are looking for opportunities to reassign impacted employees elsewhere within the organization or with other employees.”

Downtown Music has declined to state how many employees are impacted by the layoffs directly.

According to industry sources, creative staffers involved in working with the publishing catalog that now belongs to Concord were impacted. Downtown says it is also exploring the possibility of ending the lease on its Nashville office. “We continue to employ Nashville-based executives at Downtown Music Service, Songtrust, and Songspace.”

Concord and Downtown quietly struck a deal for the 145,000 catalog of Downtown Music. Among the tracks included are from Aretha Franklin, Maroon 5, Jay-Z, Rage Against the Machine, and Stevie Wonder. The sale brings the Concord catalog up to a massive 600,000 library of songs.

As part of the deal, Downtown Music Services combines the company’s publishing operations “with the distribution and marketing capabilities of DashGo.” Mike Smith is the head of this new business unit, with DashGo founder and president Ben Patterson serving as COO.

Downtown Music Services will now focus on being a service organization for unsigned artists and songwriters. CD Baby, Songtrust, and Fuga will become bigger focuses as the company works on its realignment.

“Divesting our owned IP enables us to advance our position as the world’s leading music service provider,” Downtown CEO Justin Kalifowitz said in a statement. “[It] empowers a rapidly expanding global creative class and, ultimately, is the most expedient way to help realize our vision of a more equitable music industry.”

Former Downtown Music executive Steve Markland could not be reached for a comment.

Downtown Music Services will continue to manage global royalty collections for the copyrights sold to Concord through the end of 2021. A spree of catalog sales in 2020 has included several multi-million dollar deals. Stevie Nicks, Chrissie Hynde, The Killers, and Mick Fleetwood are just some of the artists who have sold all or parts of their catalog to other publishing giants.