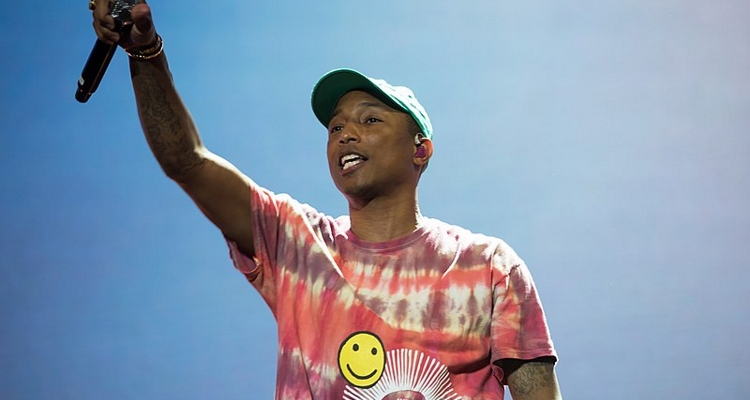 As part of a recent discussion with Steve Stoute, Pharrell Williams compared record-label advances to “illegal” loans, specifying that “no one should own you.”

The 48-year-old voiced his critical opinion of advances during UnitedMasters’ third SelectCon, which the four-year-old company broadcasted via Twitch. As an aside, Amazon-owned Twitch and UnitedMasters partnered to deliver the two-day livestream event to fans – a particularly interesting point, given Twitch’s ongoing licensing dispute with the major labels as well as UnitedMasters’ efforts to position itself as a viable alternative to these entities.

Building upon the latter idea, one of several messages shown between segments during the third SelectCon indicated: “UnitedMasters and Twitch have partnered to showcase independent artists in front of millions. Select artists have already joined the revolutionary affiliate program,” which is available to UnitedMasters Select artists who “have a release for at least 30 days” and who “have a minimum of three streams across DSPs.”

As another interesting aside, Apple late last month led UnitedMasters’ $50 million funding round, while Spotify – which has developed decidedly close relationships with the Big Three labels and is partially owned by the companies – voiced support for the European Union’s investigation into the complaint it (Spotify) levied against the iPhone maker.

In terms of Pharrell Williams’ initially mentioned comments concerning advances, however, the topic came to light during the latter portion of SelectCon 3, and specifically a “fireside chat” with UnitedMasters founder and CEO Steve Stoute.

This component of the event was pre-recorded, as opposed to livestreamed, and began with Stoute and Pharrell Williams speaking of their decades-long professional relationship. The conversation ultimately shifted to the nuances of modern-day record deals and Williams’ impact on UnitedMasters; Stoute acknowledged that the Virginia Beach native conceived the business’s name.

“You shouldn’t walk into a company and say, ‘I’m gonna make this record.’ They give you an advance. Then, for the tenure of the entire time that your album is out, you’re working to pay back that advance.

“The founder is somewhere still, paying off that and borrowing against future earnings to try to get it back, but they don’t never get it. You don’t need to do that.

“There’s a lot of people working in the music industry to change that, on the record-company side and on the publishing side. It’s not enough of them, because that’s been legalized, right? So they’re not in a rush to get it done.

“But there are good people in the business, should you want to do that. And it’s got to make sense. But you should always own your creations, man.”

Back in February, Pharrell Williams was cleared of perjury charges – and millions in additional damages – in his high-profile courtroom confrontation with the Marvin Gaye estate.