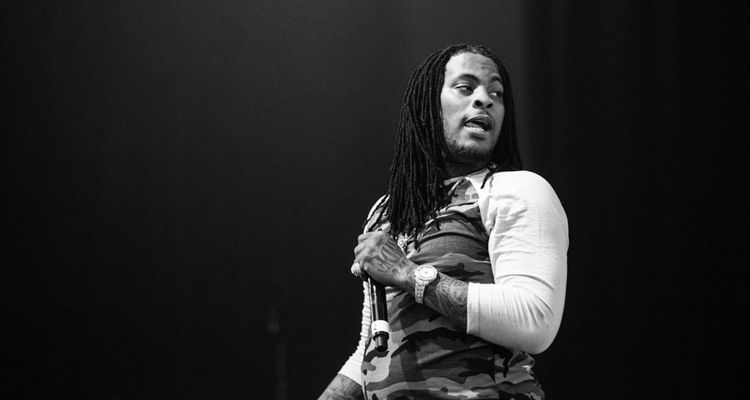 Non-fungible tokens are the newest monetization craze to grip the music industry. Several platforms like OpenSea and Rarible are gaining traction as a place for artists to sell digital merchandise to their fans. But these transactions require the Ethereum cryptocurrency, which is currently experiencing unprecedented use. The result is through the roof gas prices that make it uneconomical to transact small amounts on the blockchain.

To give a small example, buying $100 of ETH and sending it to your OpenSea wallet from Coinbase may come with an $80 gas fee to move the cryptocurrency to a new wallet. It is prohibitively expensive for small-time fans who may be new to cryptocurrency – leaving whales to buy what artists offer.

Waka Flocka Flame says, “artists have the least gain and most fame,” yet they’re being exploited. That’s why he’s launching his own NFT marketplace called Satoshi.Art.

“Instead of paying burdensome gas fees, Satoshi.Art takes only 2.5% for basic costs,” according to a spokesperson. The platform is designed to allow artists to keep a fixed percentage of sales each time they sell their NFTs in perpetuity.

What Rappers Are Selling NFTs?

Soulja Boy – Soulja Boy has a long history of capitalizing on the mundane. He asked his Twitter followers, “how do I sell my tweets” on March 7. The rapper then sold that tweet on the digital marketplace Valuables by Cent, for 0.7475 ETH, or $2,600 USD.

Quavo – Quavo has teamed up with Lil Baby, 2 Chainz, and Jack Harlow for an NFT collection on OpenSea for the NBA All-Star Weekend. The collection featured four custom-designed basketballs that mix music, culture, and sports with innovation.

Lil Pump – Lil Pump partnered with the NFT platform Sweet to release a series of unique collectibles in the form of digital jewelry.

Post Malone – Post Malone is teaming up with digital marketplace Fyooz to give fans a chance to play against Post Malone in his Celebrity World Pong League. Fans must own the FYZNFT tokens to participate, which were airdropped to users on Fyooz.

Takeshi 6ix9ine – 6ix9ine announced on April 9 that he was running a limited-edition NFT drop on Bondly Finance. It features 3D artwork with snippets of 6ix9ine’s songs. The first three pieces sold for around $380.

A$AP Rocky – A$AP Rocky got in on the NFT craze on April 17, sharing a promo video on Twitter. The Harlem rapper partnered with Nifty Gateway for a series of artwork with a snippet of his unreleased track, “Sandman.”

Waka Flocka Flame – Waka Flocka Flame says his digital art platform Satoshi Art is the only 100% minority-owned NFT marketplace operating. He’s hoping to use the platform to help other artists of color take advantage of the NFT craze – without being exploited.