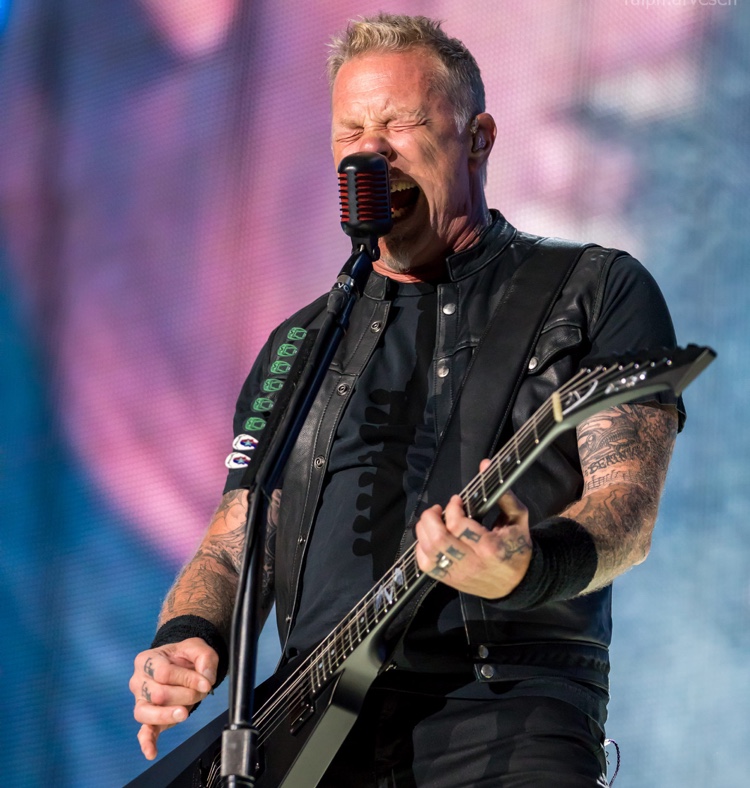 Interestingly, VAX Live was one of the first large-scale concerts to require either a ‘vaccine passport’ or proof of a negative COVID-19 test. That might be the future of live concerts, though it’s not something Metallica’s James Hetfield is rooting for.

“I’m a little skeptical of getting the vaccine, but it seems to be rolling out and people are getting it and I’ve got lots of friends that have done it,” Hetfield recently stated on the Fierce Life podcast, which is produced by Fierce Life firearms.

As far as future touring plans, Hetfield relayed that nothing was on the table — and that included COVID-19 safety protocols. “I’m not totally sure about it,” Hetfield continued on the podcast. “But I hope it doesn’t come to a point where you have to have that COVID stamp in your passport or something to go everywhere. But if it comes down to that, then I’ll make a decision then.”

It should be noted that Metallica has already staged a drive-through show, which was live-streamed from a California winery. But it’s unclear what the band is planning next.

Already, a few venues are moving towards requiring COVID-19 passports, ranging from smaller clubs to full-scale arenas. The latter includes Madison Square Garden, which is using New York’s ‘Excelsior Pass’ to increase capacity at upcoming events. Other venues, including the Hollywood Bowl and Walt Disney Concert Hall in Los Angeles, may also require COVID passports as they resume concerts.

Whether that becomes a reality at Metallica shows remains unclear, though Hetfield certainly isn’t pushing for it.

But Hetfield — who made the comments back in March — wasn’t drawing a hard line. And he doesn’t seem like an anti-vaxxer, for that matter. “We got vaccinated to go to Africa, so it’s not like I’ve never been vaccinated before,” Hetfield relayed. “But as a kid, I never got vaccinations because of our religion. So that was the only time I got one — when we were going on safari in Africa.”

Despite howls of protest following those comments — including from Dr. Anthony Fauci and the White House — Spotify has kept the episode live. Rogan hasn’t retracted the comments, either.

Meanwhile, it looks like live concerts are poised for a thunderous comeback.

Already, lightning-fast sellouts by the likes of Bad Bunny, Travis Scott, and others bode well for a triumphant return. Live Nation, perhaps a bellwether of future concert demand, is now seeing an uptick in purchases and revenue. In its recent quarterly earnings call, Live Nation CEO Michael Rapino happily reported that “fans are buying tickets and events are selling out faster than ever before,” though it’s still unclear whether those attendees will be required to carry COVID passports as a condition of entry.