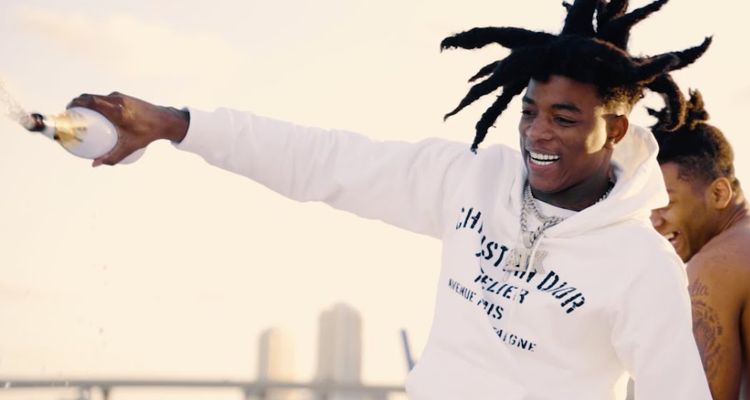 A feud between Jacksonville gangs is turning deadly as the drill rapper feud between Yungeen Ace and Julio Foolio continues.

The drama between two Jacksonville, Florida gangs – ATK vs. KTA – is spilling onto social media platforms like YouTube and Instagram through rap videos. Beef has always been at the core of the hip hop scene, most famously East Coast vs. West Coast rappers in the ’90s. But that ‘beef’ resulted in the deaths of Tupac Shakur and Notorious B.I.G., both pioneers of their times. Now, the trend is continuing to ripple through modern-day rap scenes.

Jacksonville’s drill rap scene is dominated by ATK rapper Yungeen Ace and KTA rapper Julio Foolio. The beef went from bad to deadly in May of 2017 with the killing of 19-year-old Zion Brown. Brown was Julio Foolio’s cousin. Accordingly, Yungeen Ace was the target of a retaliatory shooting for Brown’s death in June of 2018 during a birthday celebration.

Yungeen Ace was shot eight times, but survived. Three others, including the drill rapper’s brother, died in the mass shooting. Following that, Julio Foolio glorified the killings on social media, even making a t-shirt to mock the death of Yungeen Ace’s brother and friends.

Things only deteriorated from there. In February of 2019, Julio Foolio’s little brother, the 16-year-old rapper known as Bibby, was shot at an apartment complex. Julio Foolio and his girlfriend were both injured in separate shootings later that year.

Rapper Ksoo, real name Hakeem Robinson and a member of the ATK gang, subsequently put the fallen KTA victims on the cover of his album, Bibby Out. The Jacksonville Sheriff’s Office later arrested Ksoo in March in connection with killing Bibby. The arrest came several months after Ksoo bragged about the killings and “smoking Bibby.”

On March 28th, Yungeen Ace dropped the music video “Who I Smoke.” As of May 2021, it has over 18 million views on YouTube and it’s growing fast. The song features Ace rapping over the 2000s Vanessa Carlton hit, “A Thousand Miles.”

“When I see you, I’ma push your shit back boy /
Choppa get to splitting through your set, we don’t fight, boy /
Twelve paramedics couldn’t save your fucking life, boy! /
Rod K dead and he never coming back, boy!”

Soon, Yungeen Ace and his clique in the video get together and point towards the sky for the hook of the song.

Each of the names called out in the song is a dead “opp,” or enemies of Yungeen Ace and his ATK gang. They were all killed in gang-related violence and the song is an attempt to humiliate the surviving KTA members – and Julio Foolio.

A few weeks after Yungeen Ace dropped his “Who I Smoke” track, Foolio clapped back with “When I See You Remix.” Foolio takes it to another level by rapping about the 2018 triple homicide in which Yungeen’s brother was killed.

Foolio dances around a graveyard with a printout of the three victims, singing happy birthday. The video currently has over six million views and is Foolio’s biggest track to date. Ironically, the two drill rappers are making threats and disses over love songs, a new take on drill rap. The typically nihilistic lyrics are pared with the upbeat trap remixes in what’s being dubbed ‘smooth drill.’