Morgan Wallen Isn’t Getting Dropped by His Record Label, Big Loud/Republic — “Cancellation Is a Slippery Slope” 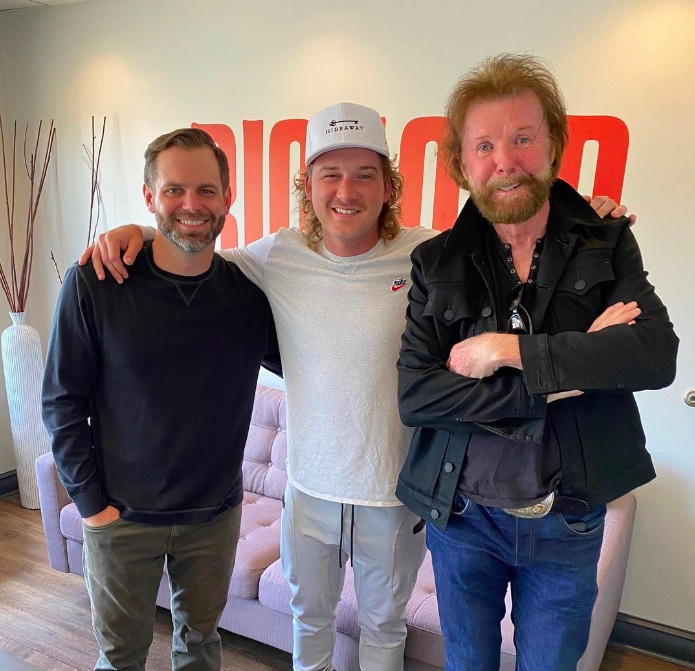 Instead of getting dropped, Morgan Wallen now looks ready to resume working with Big Loud Records, which is partnered with Universal Music Group division Republic Records. Whether Wallen is officially getting reinstated is unclear, though Big Loud CEO Seth England has now opted to publicly support his label’s biggest artist.

In reality, it wasn’t clear if the label ever stopped working with Wallen behind the scenes, though Big Loud publicly ‘suspended’ the artist after he was filmed uttering a racial slur outside of his home in February.

“In the wake of recent events, Big Loud Records has made the decision to suspend Morgan Wallen’s recording contract indefinitely,” the label stated after the incident. “Republic Records fully supports Big Loud’s decision and agrees such behavior will not be tolerated.”

Now, England has changed his label’s tune. In an Instagram pic posted ahead of the weekend, England heralded Wallen as one of country music’s most talented singers. Posing next to Wallen and country legend Ronnie Dunn of Brooks & Dunn, England captioned: “Two of the very best singers to ever walk music row. A bucket list picture I never knew I needed until now. The voice that got me into country music… and the voice that’s keeping me going.”

That ringing endorsement sounds like the beginning of a reinstatement for Wallen, something England hammered home in the comments section. One fan remarked: “Love how you have been by Morgan Wallen’s side this whole time. Big Loud seems like one big family,” to which England replied,

“We are. Family sticks by family. Accountability is powerful. Cancelling is a slippery slope. Never even crossed our mind because we know his true self.”

That’s not exactly how things went down between Big Loud and Wallen, however.

Big Loud dropped the suspension bomb pretty quickly, then went quiet on the matter for months. England only reemerged this month — nearly three-and-one-half months later — to publicly support Wallen. Calling that “family sticks by family” sounds like a stretch, though it’s entirely possible that England was taking orders from both Republic and Universal Music Group on the suspension.

Either way, it doesn’t appear that Wallen is going anywhere, though the reentry plan remains unclear. At present, Wallen remains scrubbed from the Big Loud Records website, and it doesn’t appear that Big Loud is advocating for their artist before major broadcast radio conglomerates, major touring agents, or streaming services. But they’re certainly not dumping Wallen, and might be quietly renewing or expanding their contract with the artist.

Indeed, it appeared that Big Loud was working some promotional channels during the ‘suspension,’ and the label group may be angling for a piece of Wallen’s future concert career. In the wake of the Wallen controversy, touring heavy-hitter Willam Morris Endeavor (WME) dropped Wallen, and the artist has since canceled all of his summer tour dates.

But that doesn’t mean a massive tour isn’t being plotted for 2022. Indeed, Wallen’s career has been surging for months following the fallout, despite — or because of — a mass boycott by broadcast, online, and satellite radio stations, not to mention playlist removals by streaming platforms Spotify and Apple Music. Even awards shows have banned Wallen, though the coordinated cancellation appears to have spurred a record-setting sales surge and stirred demand for future concert dates.

As for the summer touring schedule, Morgan Wallen was originally slated to open for Luke Bryan. But now, a headlining arena tour seems like a very real possibility.