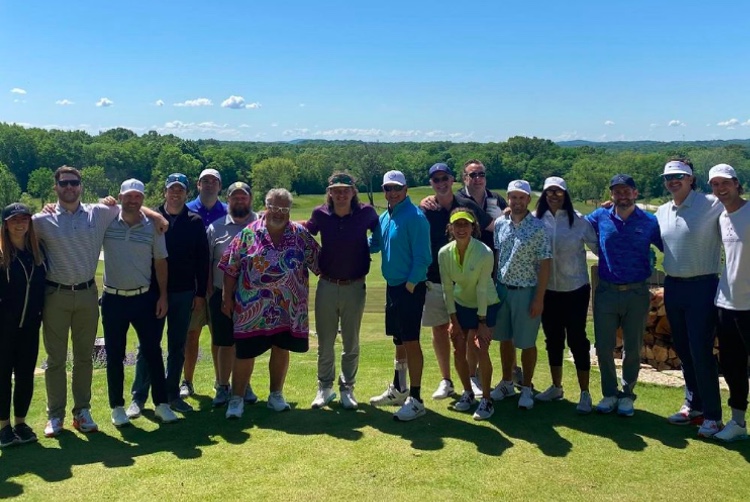 After a multi-month suspension, the embattled Morgan Wallen is now being embraced by his record label, Big Loud Records and its CEO, Seth England.

Earlier this week, we first reported that Big Loud Records CEO Seth England had unexpectedly lent his support to the embattled Morgan Wallen. Now, it looks like England is rolling out the red carpet for Wallen with a lavish 28th birthday golf outing and preparing to fully reinstate the singer to his label’s roster.

That follows a gushing post earlier this week by England, who praised Wallen on Instagram as one of the greatest country singers alive. “Two of the very best singers to ever walk music row,” England wrote next to a picture of himself, Wallen, and Ronnie Dunn of Brooks & Dunn. “A bucket list picture I never knew I needed until now. The voice that got me into country music… and the voice that’s keeping me going.”

The flurry of supportive posts represents a stark reversal from an earlier statement by Big Loud, which is partnered with major label Republic Records/Universal Music Group. “In the wake of recent events, Big Loud Records has made the decision to suspend Morgan Wallen’s recording contract indefinitely,” the label somberly stated in early February. “Republic Records fully supports Big Loud’s decision and agrees such behavior will not be tolerated.”

That ‘incident’ and associated ‘behavior’ is now infamous.

In a widely-circulated video clip, Wallen uttered the n-word to a friend outside of his Nashville residence. The video quickly went viral and led to cancellations by nearly every major radio station in America as well as SiriusXM, Spotify, Apple Music, Pandora, and William Morris Endeavor. Most of those cancellations are still in effect, though Spotify has eased its playlist ban somewhat and a handful of radio stations have reincorporated the singer into their broadcasts.

Big Loud also suspended Wallen, but appeared to be working their marquee artist behind the scenes. That likely included support for a dedicated Spotify album page for Wallen’s Dangerous: The Double Album, as well as support for upcoming tour dates (Wallen has since cancelled all of his summer shows).

Now, it looks like Big Loud isn’t hiding its support for Wallen any longer, though the artist still remains absent from the label’s website. Incidentally, Wallen still has an active page on the Republic Records website, though it isn’t linked from anywhere within the site (though it is searchable on Google).

Additionally, neither Big Loud, Republic, nor Universal Music Group have issued any official statements on the matter. Exactly when Wallen will be reinstated by Big Loud/Republic isn’t clear, though based on the strong support of England, the move appears imminent.