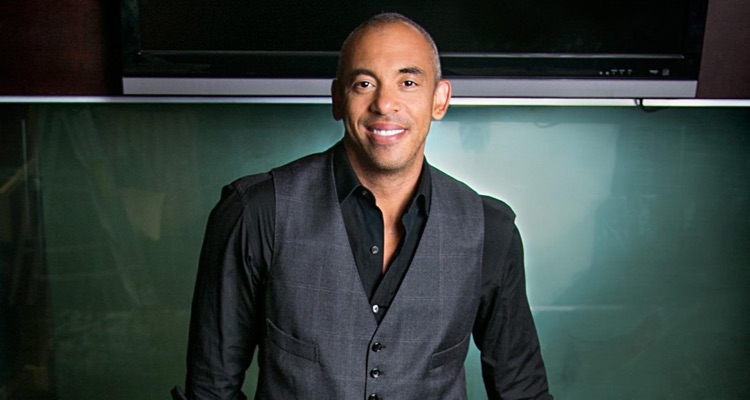 Some 16 months after becoming the Recording Academy’s interim president and CEO in the wake of Deborah Dugan’s abrupt – and much-publicized – departure, Harvey Mason Jr. is set to assume the roles on a permanent basis.

The Recording Academy just recently announced that its board of directors had appointed Harvey Mason Jr. president and CEO, though the change won’t formally go into effect until Tuesday, June 1st.

Additionally, the 52-year-old Mason Jr., who has worked with artists including Beyoncé, Justin Timberlake, and Britney Spears, is stepping down as chairman (a position he’s filled since June of 2019). Also worth noting is that the Boston native had been serving as president and CEO “on an unpaid, interim basis,” per the Grammys organizer’s release.

In terms of the selection process that occurred during the more than year-long stretch before Mason Jr. was officially appointed president and CEO of the Recording Academy, “a search committee of the Academy’s Board worked with a leading search firm and considered numerous candidates for the position,” the text relays.

However, “the committee and the Board as a whole concluded that no candidate matched Mason’s combination of skills and experience.” Building upon the point, Mason Jr. – who has produced music for films such as Dreamgirls, Sparkle, and Pitch Perfect – “will take appropriate steps to prevent any conflict of interest with his business, Harvey Mason Media,” according to the Recording Academy.

Addressing the development in a statement, Harvey Mason Jr. said in part: “I am honored to have been appointed to continue to lead the Recording Academy on our transformative journey.

“While I had not initially expected to be in this position, I remain deeply invested in the success of the organization and am motivated to help us achieve our greatest ambitions. I will serve humbly with a steadfast commitment to building a more inclusive, responsive and relevant Academy.”

Perhaps the most significant takeaway from Mason Jr.’s remarks is the clear-cut commitment to continuing the Recording Academy’s “transformative journey.” As initially mentioned, Deborah Dugan was placed on administrative leave just 10 days before the start of the 2020 Grammys, and she proceeded to levy all manner of shocking allegations (involving purported voting-process corruption, sexual misconduct, and more) as well as a lawsuit.

Taylor Swift, Beyoncé, and others then boycotted the 2020 Grammys, before returning to the awards show in 2021, following high-profile changes including the hiring of a “chief diversity officer,” the removal of the word “urban” from award categories, substantial layoffs, and the renaming of the “world music” award category to avoid “connotations of colonialism.”

But as these creators ended their feuds with the Recording Academy, conflicts with other artists yet emerged. Halsey took aim at the Grammys after receiving zero nominations despite the commercial success of her Manic effort – as did The Weeknd, for similar reasons, though the “After Hours” artist has doubled down on his boycott of the annual awards show.

Seemingly in response to the latter criticism, the Recording Academy this month announced that it would eliminate nominations review committees (dubbed “secret committees” by some), or collections of 15 to 30 “highly skilled music peers who represented and voted within their genre communities” to choose “the final selection of nominees.”

But it remains to be seen whether these and other changes will be enough to reverse the double-digit viewership and ratings decline that the 2021 Grammys (as well as other award shows) suffered. The 2022 Grammys, for their part, are slated to take place on January 31st, in what will be the second time that the 62-year-old event occurs on a Monday.