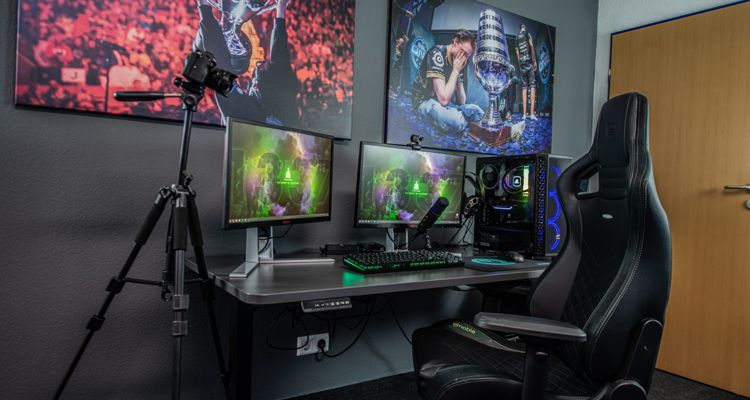 Twitch creators are revolting over its harsh DMCA strikes policy – calling it unfair.

YouTuber Angry Joe has a reputation for getting angry on camera about games – but he has a new topic this week. His Twitch channel was recently hit by a DMCA strike, which Angry Joe details.

“Copyright strikes do not depreciate after a set period of time. If I receive three strikes, my channel is terminated, yet I can’t see the strike, I can’t submit a counter-notification, I can’t submit a dispute,” Joe says. “It can’t get any worse than this.”

And he’s right. Twitch is playing DMCA strike whack-a-mole with its creators because it doesn’t want to license music properly. You know, like YouTube, TikTok, Facebook, and countless other content publishing sites. Joe delves into how deep Twitch’s DMCA strikes problem really is for creators.

He received a copyright strike in February 2021 for a clip from the game Call of Duty: Warzone. He uploaded the clip to Twitch on November 2020, featuring a small clip from an Astronomia song.

“Here is your DMCA strike. What is the clip? We don’t have a link to the clip. We told you to delete all of your VODs. There is no ‘dispute’ button,” Joe explains. “You can’t even review the VODs identified in DMCA notifications in your dashboard, and they don’t plan that feature until December 2021.”

Creators on Twitch are its biggest and most important asset, but the platform is throwing them to the wolves here. Three strikes are enough to get Twitch creators banned permanently. That means a permanent loss of monthly revenue, especially if you’ve built up an audience on the platform.

“This is so weighted in favor of [record labels] that it is unconscionable. They make millions of dollars, and this is the amount of protection content creators get,” Angry Joe says. Twitch does have a roadmap for new DMCA tools in place, but it would rather you play music it has licensed from indie creators instead of your favorite Drake tracks while playing Fortnite.

The music situation on Twitch has managed to create the perfect storm of unhappiness on both sides. The music industry isn’t happy with Twitch’s refusal to license music – and creators are sick of the Damocles sword over their heads in regards to losing their channels.

It’s a shame Microsoft shut down Mixer so soon because YouTube is the only other destination for this kind of content.