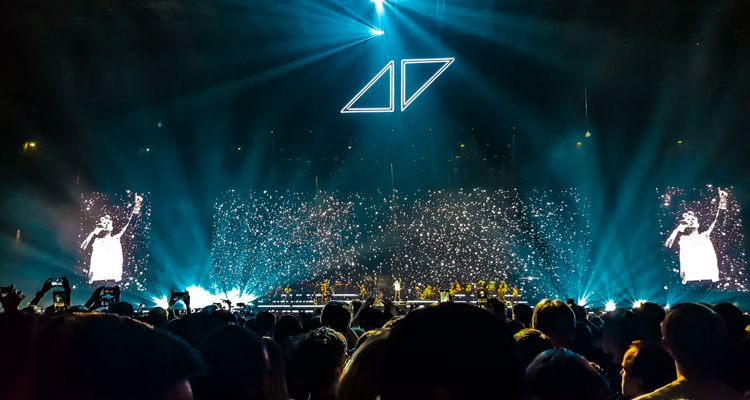 The Ericsson Arena in Stockholm has been renamed to Avicii Arena as a tribute.

Avicii was only 28 when the world-famous DJ took his own life, shocking the world. He shot to fame in 2011 with his hit single, “Levels,” but retired from touring in 2016 after mental health issues. Avicii, real name Tim Bergling, remains one of Sweden’s most successful musical exports to date.

The indoor sports arena first opened in 1989, and it is one of Sweden’s largest, with a 16,000 capacity. The Ericsson Arena was previously known as the Globen – Swedish for Globe. Avicii played one of his breakthrough concerts there, and the arena opened the same year he was born.

“It was a milestone for him to play Globen,” says Klas Bergling, the DJ’s father. “He would be extremely proud that this iconic building from today will bear his name.”

Bergling has spent the last several years raising awareness about mental health in the touring industry. Bergling has spoken extensively about the issues his son faced dealing with a grueling tour schedule.

Andreas Sand, general manager of Stockholm Live, the company that runs the arena, says now is the perfect time for the tribute. COVID-19 has struck the live music industry particularly hard all over the world – most of 2020 and 2021 have been lost as events are rescheduled and pushed back. “Unfortunately, this is the perfect timing to launch this kind of initiative,” Sand told Reuters.

The venue will become a symbol for a new initiative with partners for preventing mental illness for young people in Sweden. Bergling says he hopes it will be “the hub for sharing ideas and host activities with the focus on young people’s mental health.”

Avicii died by suicide in April 2018. His father founded the Tim Bergling Foundation after his death. It has joined forces with ASM Global’s Stockholm Live on the naming rights, with Trygg-Hansa and Bauhaus as sponsors.

“Globally, suicide is the second most common cause for death among the 15-29 age group,” Bergling says. “This highly distressing statistic must be changed. It’s only together we can find a way to make a difference for a better day.”

To celebrate the Avicii Arena tribute, the Royal Stockholm Philharmonic Orchestra released a symphonic version of Avicii’s hit, “For A Better Day.” Vocals are by 14-year-old Ella Tiritiello, and the show is accompanied by a laser-filled music video filmed atop the venue.