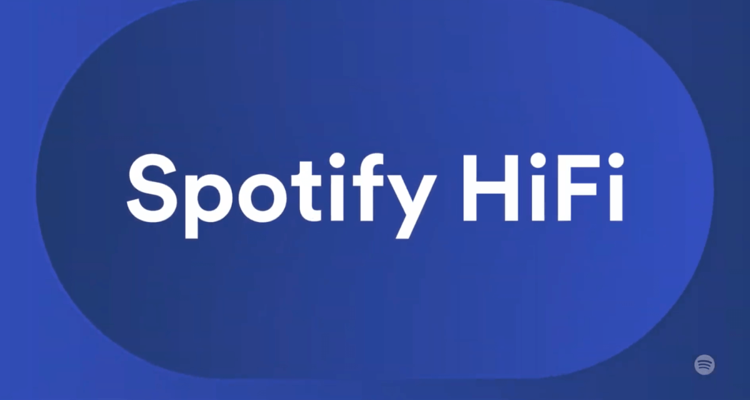 Just days after both Apple Music and Amazon Music announced that they would make a hi-fi tier available to subscribers at no additional cost, new evidence has suggested that Spotify’s own HD-audio option will soon arrive.

Back in February, during its “Stream On” livestream event, Spotify revealed that it intended to debut a hi-fi tier in select markets sometime during 2021. However, Spotify has yet to disclose a precise launch date (or cost) for the high-definition audio package, and until now, the approximate timetable associated with the support’s rollout (that is, aside from all of 2021) was uncertain.

But it appears that the aforementioned announcements from Apple Music and Amazon Music could have prompted the streaming giant – which just recently detailed plans to begin auto-generating transcripts of original and exclusive podcasts – to move forward with the long-awaited hi-fidelity option sooner rather than later.

A Reddit user named “themonarc” captured a series of screenshots from the Spotify app on iOS, and the images seem to show a “HiFi” icon beneath the “skip” button on the player interface. After quickly tapping this “glitched” hi-fi option “upon app launch,” the fast-moving Redditor was able to access what looks to be Spotify’s hi-fi menu, additional uploaded pictures show.

At its top, said menu includes a measure of “current audio quality” and identifies the device through which one is listening to Spotify presently. Plus, the multipage menu features details concerning which devices support lossless audio, automatic sound-quality adjustments designed to provide an “uninterrupted listening experience,” and the ability to download hi-fi music on Wi-Fi to reduce data usage.

Other individuals have since navigated to the Spotify app on iOS – it’s unclear whether the hi-fi icon was visible on the platform’s Android version – and uploaded different screenshots to social media.

Moreover, Spotify hasn’t publicly stated when its more than 158 million paid users will be able to enjoy HD audio, once again, and The Verge’s Chris Welch noted in a tweet that a Spotify patch has removed the hi-fi button from the iOS app.

Of course, it’s possible that Spotify, which is testing a price increase in certain markets, will charge a larger monthly fee for the hi-fi tier – a concern that some on social media have expressed.

But as Amazon Music and Apple Music made upgraded sound quality available for free to subscribers – and Spotify premium users briefly had a chance to click on the hi-fi icon – one would assume that the add-on will reach Spotify subscribers without an extra fee.

Also worth noting is that while Amazon Music has already extended its existing HD-audio offerings to Unlimited subscribers, Apple Music – which didn’t previously offer hi-fi – is set to start supporting upgraded sound quality next month. Needless to say, Spotify could beat Apple Music to the punch by releasing the feature within the next 11 days.

Lastly, Spotify’s long-running expansion into non-music audio entertainment is showing few signs of slowing down, as the company announced today that it will enable users to enjoy north of half a million audiobooks from Storytel, “one of the world’s leading audiobook streaming services,” later in 2021.