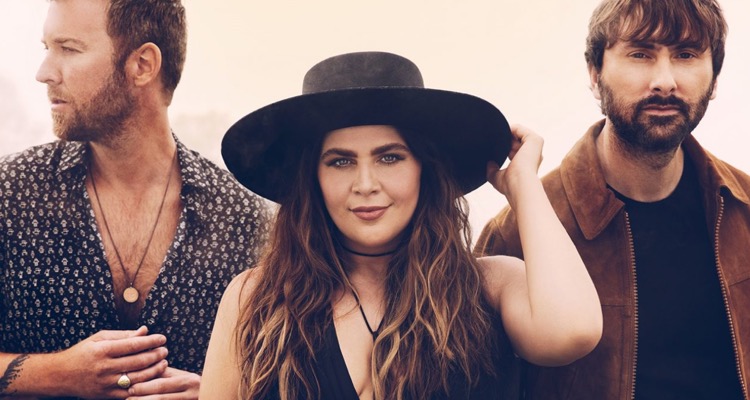 A Tennessee federal judge has officially denied a request by Seattle-based blues singer Anita White to dismiss or transfer a lawsuit filed against her by the country trio formerly known as Lady Antebellum.

Update (2/4/22): After a 19-month legal battle, the country band formerly known as Lady Antebellum has settled with Seattle-based blues singer Anita White, who releases music and tours as Lady A.

To recap, the long-running courtroom confrontation was set in motion nearly one year ago, when the five-time Grammy-winning act Lady Antebellum announced that they, following “much personal reflection,” would change their name to “Lady A” in order to eliminate any reference to slavery and racial injustice.

However, it came to light shortly thereafter that one Anita White had performed and released blues music under the title for close to 30 years. The parties engaged in (remote) discussions concerning a potential compromise, including the joint use of the Lady A moniker, and it appeared for a time that they would strike a deal and put the matter in the rearview.

But these talks ultimately fell through – when Anita White demanded a $10 million payment for the title’s use, per the newer Lady A, though the blues singer said that the country group had attempted to utilize “their wealth and influence to intimidate and bully” her into giving up the name without offering any “real recompense.”

The three-piece act filed a lawsuit against Anita White in July of 2020 – submitting the complaint to a court in their native Tennessee, it bears mentioning – seeking use of the Lady A title (which the group says they trademarked in 2010), but not monetary damages.

Finally, in terms of the multifaceted dispute’s 2020 timetable, White (who addressed the situation in an interview with Digital Music News) named the former Lady Antebellum in a lawsuit of her own last September, filing the suit in a Washington court.

Last month, the presiding judge in the lawsuit filed in Washington – that it, the action that the original Lady A submitted – granted the country band’s October of 2020 motion to stay “pending resolution” of the complaint that they filed first in Tennessee.

In explaining the decision, Judge Ricardo S. Martinez noted that “when two actions that sufficiently overlap are filed in different federal district courts, one for infringement and the other for declaratory relief, courts apply the ‘first-to-file’ rule.”

Furthermore, the judge specified that there is “substantial overlap between both matters such that litigation of both matters would likely undermine judicial efficiency and risk conflicting decisions.”

Expanding upon the point, he also indicated that the Tennessee court’s determining that it “lacks personal jurisdiction” over White may cause the case’s transfer under the first-to-file rule to be considered “inappropriate” – or, alternatively, a transfer or dismissal may prove appropriate here if the judge in the initial suit allows the case to proceed.

Now, as mentioned, Judge William L. Campbell Jr. has denied the original Lady A’s request to dismiss the Tennessee suit or transfer it to Washington.

In his 20-page-long ruling, the judge relayed on the specific-jurisdiction front that “the forum state has an interest in resolution of this dispute, and Plaintiffs have an interest in obtaining relief.”

Moreover, Judge Campbell wrote that White and her counsel hadn’t provided “sufficient evidence” that the potential “financial burden” associated with litigating in Tennessee “outweighs all others in rendering the exercise of jurisdiction unreasonable.”

And with regard to the first Lady A’s motion to dismiss the suit because it’s “an improper ‘anticipatory’ declaratory judgment action,” the judge denied the request on the basis that “there is no evidence” that the former Lady Antebellum signaled the likely continuation of negotiations before levying the complaint, as well as in terms of four other factors outlined by the Sixth Circuit when a court is “determining whether a declaratory ruling is appropriate.”

Plus, the judge stated that the plaintiffs “did not choose a forum with a minimal connection to the lawsuit” and, on the case-transfer front, White “has not shown the private interest factors or the public interest factors warrant transfer, nor has she identified any other factors suggesting transfer is warranted.”

At the time of this piece’s publishing, neither of the Lady As had commented publicly on the ruling. The country trio in January joined the Grand Ole Opry despite this name-related controversy, while the original Lady A revealed on Facebook three days ago that she’s recording a new album.