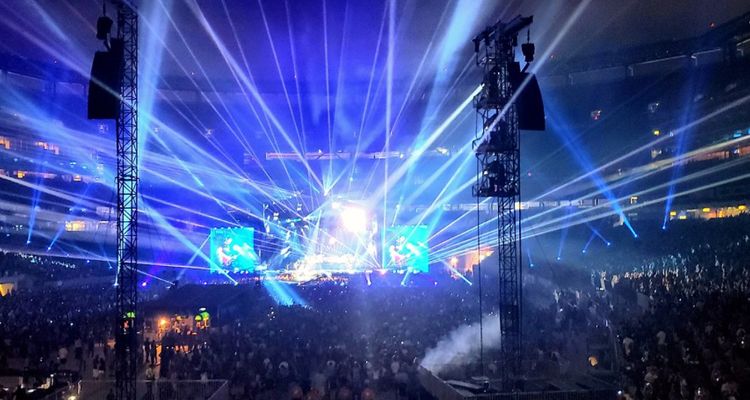 Morgan Wallen surprised a crowd with an unannounced performance at a Nashville bar owned by Kid Rock.

The appearance at the honky-tonk is the first the embattled country star has made since stepping away. A video of Wallen using a racial slur went viral earlier this year, prompting a massive backlash. Wallen’s label put him on the back shelf, and several awards ceremonies refused to let him participate.

Now videos across social media show Wallen appearing before the Nashville crowd. Kid Rock kicked off the show with a performance of “Picture,” before announcing a special guest for the night. Fans gathered in the bar began shouting “Morgan! Morgan! Morgan!” at the top of their lungs, with hoots ringing out in the crowd as the hype grew. Wallen appeared on stage to sing “Whiskey Glasses” and followed it up with a performance of “Wasted on You.”

“Everyone was just floored,” says Daniel Kensy, one of the attendees over the weekend. “Morgan really wanted to be playing his music for the people. Definitely could sense it; the overall feeling was tremendous.”

Wallen sparked controversy when he said he would not be performing this summer. The Morgan Wallen Kid Rock bar performance was unplanned, according to his spokesperson.

Wallen issued an apology for using the racial slur and said he was taking time away to re-evaluate. “I used an unacceptable and inappropriate racial slur that I wish I could take back,” the singer said in February after the video went viral. “There are no excuses to use this type of language, ever. I want to apologize for using the word sincerely. I promise to do better.”

Wallen canceled his plans to open for Luke Bryan’s Proud to Be Right Here tour. The tour was originally scheduled for the summer of 2020, but was pushed back because of the pandemic. Wallen also stepped back from the line-up of several country music festivals, like Rolling Loud. Jensen Sussman, a spokesperson for Wallen, says his performance at Kid Rock’s bar in Nashville was unplanned.

He has popped up at the popular downtown bar to play with the house band before. He was also arrested at the bar after he was kicked out in May 2020. He was charged with public intoxication and disorderly conduct. Nashville police say Wallen was ejected from the bar for kicking glass items. Wallen then got into verbal fights with people who were passing by as he exited the bar – while officers watched.